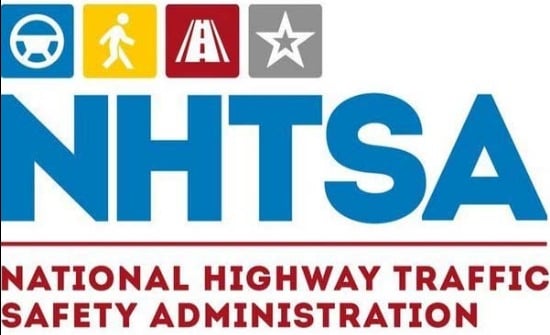 The Center for Auto Safety—the nation’s premier independent non-profit consumer advocacy organization dedicated to improving vehicle safety, quality, and fuel economy—submitted a petition today to the National Highway Traffic Safety Administration requesting a regulation requiring all entities testing self-driving technology on public roads submit safety information about their vehicles to NHTSA. The petition, which was signed by more than 250 members of the Center, also calls for the information to be made public after receipt by NHTSA.
“We filed this petition today because this administration, from the White House to the Department of Transportation, has repeatedly demonstrated that it is committed to a cult of deregulation, even when obvious steps can be taken to provide needed safety information to the American people,” said Jason Levine, executive director of the Center for Auto Safety. “This is why, on behalf of the hundreds of our members who signed the petition and all drivers, passengers, and pedestrians nationwide it is vital that, at a minimum, detailed information about whether the autonomous vehicles being tested on our roads are safe be made public.”
The Center’s petition comes in response to the recent publication by the Department of Transportation of Automated Vehicles 3.0, Preparing for the Future of Transportation, which represents yet another iteration of a completely hands-off approach when it comes to regulating autonomous vehicle technology. In this latest version, DOT and NHTSA affirmed their position that even requiring the submission of basic safety information about self-driving cars being tested in public, today, was a bridge too far. The Center’s petition, based on concepts and authorities previously expressed by DOT, calls for a regulation which would require submission of data relating to at least 15 categories of information from all individuals and companies manufacturing, designing, testing, or deploying automated vehicle systems in the United States on public roads. The testing entity must submit data demonstrating how their autonomous vehicle technology does not endanger the public.
“It has become abundantly clear that absent a legal requirement, DOT has no intention of providing meaningful oversight of the auto and technology industries when it comes to autonomous vehicle technology,” said Levine. “It is long past time for glossy brochures masquerading as safety reports to fill the void when it comes to public disclosures. We already know about driverless car deaths, injuries, and crashes, for which almost no useful public information is available. This petition is designed to, at the very least, make public who is using public roads as proving grounds for self-driving technology, and what steps they are taking to ensure their cars, and the people unknowingly subjected to these tests, are safe.”
The petition also calls for a faster process, called an interim final rule, to be used when it comes to requiring information from entities who are currently testing vehicles.
The full petition appears here.
##
Over the last 48 years, the Center for Auto Safety has successfully led the fight for lemon laws in every state, airbags in every vehicle, and recall repairs being made at no cost to the consumer. The Center is a membership-driven organization headquartered in Washington, DC and is also home to the Safe Climate Campaign, which fights global warming by working for big, specific measures to reduce greenhouse gas emissions. The Center is also the publisher of www.TheCarBook.com, which has for the last 38 years been America’s most comprehensive car buying guide. To learn more about the Center, please visit www.AutoSafety.org.

Center for Auto Safety @Ctr4AutoSafety @FairWarningNews: Scientists fear the Nov. election may force a race to create a coronavirus vaccine, homicides are on the rise, and lawmakers demand that the GSA stop selling recalled cars—all that and more in #WarningWire by @jessimckenzi: https://t.co/63y8i3BBde https://t.co/WBQM4jAGSw

h J R
Center for Auto Safety @Ctr4AutoSafety #ICYMI – great and scary piece by @NTSB’s @JenniferHomendy and her real life experience with why driver monitoring systems are so vital to making our roads safer. (Psst - #Congress! @NHTSAgov… this one’s for you!) https://t.co/550VOhKWdF

h J R
Center for Auto Safety @Ctr4AutoSafety #RecallRoundup No one should have to be worried about an unsafe car at this moment. Let the @Ctr4AutoSafety keep you informed on #safety and #maintenance issues with YOUR car. Find out more: https://t.co/gT54ozTDWi https://t.co/y3rigL2dSO