The Center for Auto Safety was founded as a stand-alone entity in 1970 by Consumers Union and Ralph Nader, the author of Unsafe at Any Speed, as a consumer safety group to protect drivers. It was clear that automakers and the government were not adequately regulating vehicle safety, and an independent outside watchdog was needed. In order to be close to those entities most in need of oversight—Congress and federal regulators—the Center has always called Washington, DC home.

Over the last 5 decades, the Center has led the fight to:

Some Major Recalls where the Center played a key role: 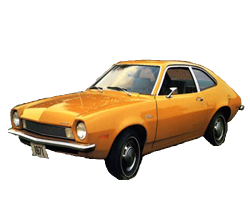 Some Safety and Consumer Protection improvements where the Center played a key role in Rules being written or changed:

For 40 years, the Center was led by Clarence Ditlow, a well-known safety champion on behalf of consumers, who passed away in 2016. Clarence’s tireless advocacy had a profound impact on automotive safety, and his actions saved countless thousands of lives. Learn more about Clarence’s legacy.

Today, the Center continues our vital role as the nation’s most effective watchdog working to protect consumers by representing their interests before the Department of Transportation and the National Highway Traffic Safety Administration, as well as other relevant federal agencies. No matter which party controls the White House, the Center pushes for smart and effective safety regulations, and active and tough law enforcement by state and federal authorities. Over the course of the Center’s history, we have provided testimony over 50 times to Congress and state legislatures across the country on topics including salvaged vehicles, child passenger safety, warranty law, and autonomous vehicle development.

The Center serves as a vital resource for consumers who have been stuck with a “lemon” of a car by providing the nation’s most looked to and regularly updated and complete database of lemon laws and warranty rights across the United States. The Center also provides a non-governmental, advertisement-free, location for car owners to submit and search vehicle safety complaints. These complaints often lead to the Center spearheading recall campaigns on behalf of impacted consumers. The Center also provides an easily searchable and free unique database for consumers to search for information about their own car, including whether there are any open recalls, service alerts, investigations, or complaints. 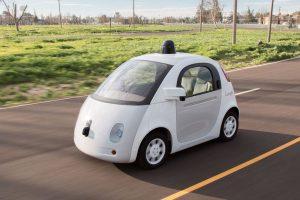 As the automotive industry moves towards a high-tech future, the electric and autonomous vehicle markets will continue to grow. The Center for Auto Safety will continue to advocate for government regulations that put the safety of people using and sharing the road with driverless vehicles above the purely monetary interests of shareholders. We will continue to support fuel economy standards that help save consumers money and improve the environment. We will also work to remind the auto industry and regulators focus on the safety of those of using the 270 million cars on the road today, instead of only thinking about a potentially driverless tomorrow.