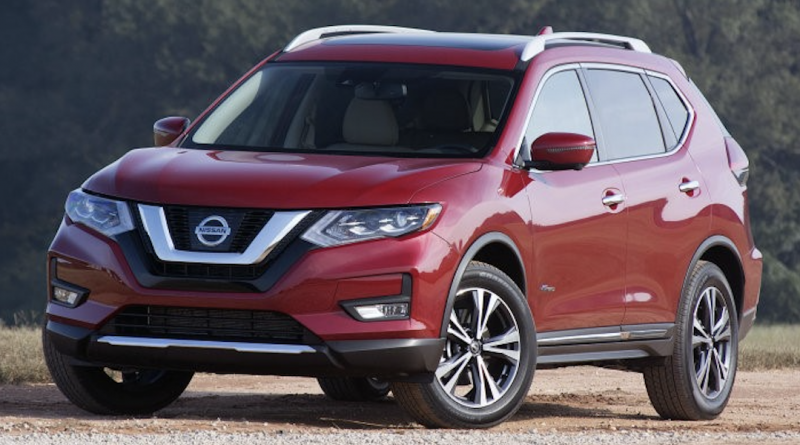 Nissan Admits to More Than 1,400 Reports About Faulty Automatic Emergency Braking but Continues to Refuse Recall

Last March, the Center for Auto Safety (Center) petitioned the National Highway Traffic Safety Administration (NHTSA) to open a safety defect investigation into false activation of the 2017-2018 Nissan Rogue Automatic Emergency Braking (AEB) system. False braking not only endangers the occupants of the Nissan vehicle but puts all surrounding road users at risk it undermines consumer trust in the long-term safety benefits of such technology. Our petition was based on 87 consumer complaints.

It took six months, but NHTSA granted the Center’s petition and revealed over 800 complaints had been made on this very issue. Yet, after a year of Nissan’s stalling, the Center filing a Freedom of Information Act request and appeal, and multiple law suits, this week the public finally learned what Nissan was hiding: that Nissan is aware of over 1,400 reports on the Rogue AEB alone – 15 times the original number of known complaints.  Nissan’s plan to address the safety issue of unintended braking in their vehicles, so far, has been a single service campaign mailing in August 2019, for which Nissan proudly claims an approximate 50% repair rate.

Service campaigns are a weak shadow of safety recalls. They do not require the same notifications of consumers, are not easily searchable by new owners of used vehicles, and require no long-term reporting by the manufacturer to ensure successful repair completion rates. Moreover, unlike recall repairs, which must always be done for free, manufacturers can choose to charge for service campaign repairs or only undertake the repair after the consumer has experienced the dangerous defect.  This is why dangerous safety defects are required by law and regulation to be recalled, not treated as inconvenient cosmetic concerns or minor bugs. To add insult to injury, Nissan has added the service campaign to the company’s “recall lookup tool” on its website, despite not providing consumers the benefit of a recall or actually recalling the vehicle.

Amazingly, in keeping with its current hands-off enforcement stance, NHTSA continues to allow Nissan to fail to recall the vehicles as the company describes inadvertent braking on railroad tracks as presenting only a “significant customer dissatisfaction.” Nissan also apparently believes that railroad crossings and “low overhead structures” in the United States are somehow “unique roadway environments,” even though there are over 129,000 public rail crossings across the country. “Unique” is defined by Webster’s dictionary as “being the only one.”

Nissan advertises the Rogue under the banner of “Ready When You Are.” Since NHTSA is not ready to order this recall, apparently Nissan consumers should be ready for unintended braking whenever the vehicle decides.

For 50 years, the Center for Auto Safety has been the nation’s premier independent, non-profit consumer advocacy organization dedicated to improving vehicle safety, quality, and fuel economy for all drivers, passengers, and pedestrians. Since our founding in 1970, the Center successfully led the fight for lemon laws in every state, airbags in every vehicle, and recall repairs being made at no cost to consumers. The Center is a membership-driven organization headquartered in Washington, DC and publishes TheCarBook.com, which for 40 years has been America’s most comprehensive car buying guide. The Center now offers, exclusively for members, the monthly Safety Tune-Up Report, featuring regular alerts on safety issues relating to their vehicles. To learn more please visit www.AutoSafety.org.

Center for Auto Safety @Ctr4AutoSafety With death rates significantly increasing per vehicle-mile-traveled in 2020, @NHTSAgov stays the course by failing to use authority to improve new vehicle safety in any way. BUT: they've got workshops planned. https://t.co/d6qAbKW0Uy

h J R
Center for Auto Safety @Ctr4AutoSafety @Tweetermeyer: 19% of Americans say it is possible to own a completely driverless vehicle today, according to @PAVECampaign's 2020 poll. Multiple fatal crashes have been investigated by @NTSB which found that overtrust in driver assistance played a role. #Autonowashing is a major problem! https://t.co/QLPhNUkl8m

h J R
Center for Auto Safety @Ctr4AutoSafety Right on the tail of a #Mustang recall, @Ford is recalling another 700,000 vehicles for faulty backup cameras. Check to see if your car is under recall on our website with our free Vehicle Safety Check tool. https://t.co/pZ2L3iBwpP

h J R
Center for Auto Safety @Ctr4AutoSafety Sad, but true: “we cannot rely on federal lawmakers to address the dangers these vehicles impose on others." Yet, warnings aren't enough. Vehicles must be designed for safety of passengers & pedestrians. @DannyHarris_TA @Sen_Gounardes @NYDailyNews https://t.co/aA48DAXA5v