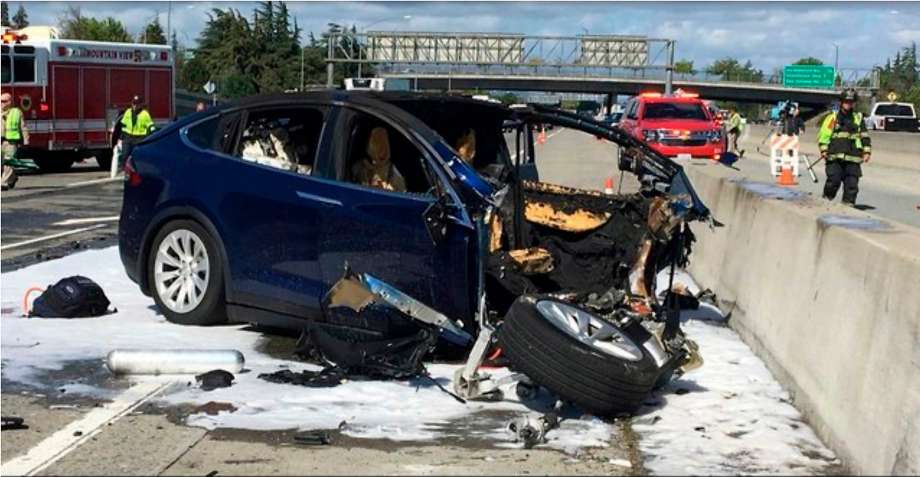 The Center for Auto Safety and Consumer Watchdog today called on the Federal Trade Commission to investigate dangerously misleading and deceptive advertising and marketing practices and representations made by Tesla Motors, Inc. regarding the safety and capabilities of its Autopilot feature.  At least two people are dead and one is injured in the United States as a result of Tesla deceiving and misleading consumers into believing its vehicle’s Autopilot feature is safer and more capable than it is in practice, the public interest groups said in a letter to FTC Chairman Joseph Simons.
After studying the first of these fatal accidents, the National Transportation Safety Board (NTSB) determined that over-reliance on, and a lack of understanding of, the Autopilot feature can lead to death, the groups noted. The marketing and advertising practices of Tesla, combined with CEO Elon Musk’s public statements, have made it reasonable for Tesla owners to believe, and act on that belief, that a Tesla with Autopilot is an autonomous vehicle capable of “self-driving,” the letter warned.
“Tesla has repeatedly exaggerated the autonomous capabilities of its Autopilot technology, boosting sales at the expense of consumer safety,” said Center for Auto Safety Executive Director Jason Levine, “The FTC must step in and expose this charade before more Americans are injured or killed.”
“Starting with the very name Autopilot Tesla has consistently and deceptively hyped its technology,” said John M. Simpson, Consumer Watchdog’s Privacy and Technology Project Director. “Described and marketed responsibly so drivers understood it, Tesla’s technology could enhance safety. Instead it’s killing people.”
Tesla’s marketing and advertising of its Autopilot feature violates FTC regulations because it is likely to mislead consumers into reasonably believing that their vehicles have self-driving or autonomous capabilities, the groups said. Consumers operating under this illusion behave differently than they would if they understood that Autopilot was merely a driver assistance feature that requires them to constantly monitor the driving environment and be ready to take control of the vehicle without notice. Both Tesla’s and Elon Musk’s public statements regarding Autopilot have contributed to this confusion.
The burden now falls on the FTC to investigate Tesla’s unfair and deceptive practices so that consumers have accurate information, understand the limitations of Autopilot, and operate their vehicle safely and without endangering themselves or other drivers, passengers, or pedestrians on the road. The Center for Auto Safety and Consumer Watchdog urge the FTC to conduct a timely investigation in order to prevent further tragedies.
# # #
Read the Center for Auto Safety and Consumer Watchdog’s letter to FTC Chairman Joseph Simons
Over the last 48 years, the Center for Auto Safety has successfully led the fight for lemon laws in every state, airbags in every vehicle, and recall repairs being made at no cost to the consumer. The Center is a membership-driven organization headquartered in Washington, DC and is also home to the Safe Climate Campaign, which fights global warming by working for big, specific measures to reduce greenhouse gas emissions. The Center is also the publisher of The Car Book, which has for the last 38 years been America’s most comprehensive car buying guide, now available online at TheCarBook.com, featuring online safety ratings on used and new cars. To learn more about the Center, please visit AutoSafety.org.
Established in 1985, Consumer Watchdog is a nationally recognized non-partisan, non-profit organization representing the interests of taxpayers and consumers.  Its mission is to provide an effective voice for the public interest.  Consumer Watchdog’s programs include health care reform, oversight of insurance rates, energy policy, protecting privacy rights, promoting auto safety, protecting legal rights, corporate reform, and political accountability.  To learn more about Consumer Watchdog, please visit ConsumerWatchdog.org.
READ MORE in our Tesla Archives.