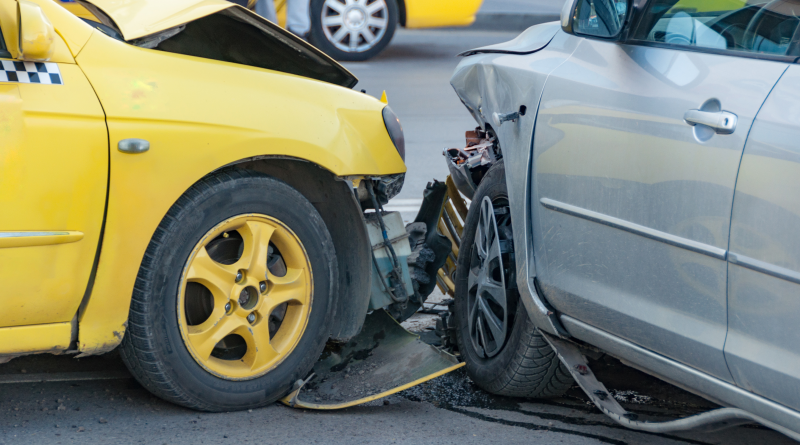 The Center for Auto Safety (Center) today appeared before the Maryland Public Service Commission (PSC) to support the approval of the revisions to Code of Maryland Regulations (COMAR) 20.90.02.16 and COMAR 20.95.01.11 as proposed by staff to better protect Maryland residents and visitors from the potentially deadly dangers of recalled motor vehicles for hire.

The proposed revisions to the Code would make repairing these dangerous vehicles a prerequisite to operation, greatly improving taxi and Transportation Network Operator (TNO) vehicles recall repair rates, and significantly reducing their risk to everyone on the road in Maryland.

Motor vehicles are only recalled when there is a safety defect or a vehicle is in violation of a Federal Motor Vehicle Safety Standard. Unrepaired recalled vehicles are a direct contributor to crashes that kill and injure innocent victims.  The National Highway Traffic Safety Administration (NHTSA) considers every recall to be a serious safety threat. Recalls are never undertaken for cosmetic reasons. Yet, under current regulations, potentially thousands of Maryland residents and visitors are unknowingly, and unnecessarily, exposed to these deadly risks every day.

These are not theoretical risks. Today, there are over 53 million cars with open recalls across the country. These recalls include exploding Takata airbags, which have caused at least 37 deaths and General Motors vehicles with faulty ignition switches, which have caused at least 174 deaths. Many of these unsafe vehicles continue to operate unrepaired on Maryland roads. There is no reason that a consumer expecting safety from a commercially licensed and state inspected vehicle for hire should be subject to such an avoidable risk.

In December 2019, the Center contacted Christopher Koermer, Director of the PSC’s Transportation Division, to urge him to protect your citizens. We suggested that the state of Maryland could easily address the hidden risk faced by consumers using vehicle for hire services by requiring an annual check against the federal recall database as part of the annual inspection requirements for taxi owners or TNO.

In a report on December 23, 2019, CBS This Morning called attention to this issue in large cities across the country, and interviewed Cally Houck of California. Ms. Houck lost both of her daughters in a violent crash after a recalled power steering hose broke, starting a fire in their rental car. Ms. Houck bravely stated: “It’s not fair for the unsuspecting public.” She also said, in referencing her children who had been killed: “You don’t get over it. What you do is you get through it, and it remains with you until you die. It never goes away,” she said.

Parents should never have to experience the pain Ms. Houck described.

In the spring of 2021, the PSC convened a working group made up of stakeholders including the Motor Vehicle Administration (MVA), Maryland Limousine Association, Washington Metropolitan Area Transit Commission, Maryland PSC, NHTSA, Uber Technologies Inc., zTrip, National Safety Council (NSC), Lyft Inc., and Freedom Services LLC. The Center was honored to also be a member of the working group.

While determining whether a vehicle has open recalls is as simple as running its vehicle identification number (VIN) against the NHTSA’s recall database at www.safercar.gov, or using commercial tools such as NSC’s Check to Protect, the Working Group was concerned with providing sufficient time for vehicle owner compliance, considering the commercial nature of the vehicle’s use. It should be noted that recall repairs are required, by federal law, to be free of charge to the vehicle owner.

The Center’s preferred policy is that all recalls be fixed prior to accepting passengers, the PSC proposal takes a slightly different approach based on soliciting input from the broad-based set of stakeholders the Working Group convened for the purpose of addressing the danger on the road in a practical and implementable fashion.

The staff proposal strikes a compromise intended to require repair but allow sufficient time for that repair to be made as there is almost always a delay between the announcement of a vehicle recall and the availability of the repair. As revised, both 20.90.02.16 and 20.95.01.11 would require that upon original licensure, and annually thereafter, for hire vehicle owners may not operate or permit the operation of their vehicle if it has open safety recalls. Both sections also provide a 90-day grace period if repairs are not immediately available.

Independent studies found that one in six taxis has open recalls in DC, and one in three taxis in the cities of Seattle, New York City, Tampa, and Houston. Similar data has been found when looking at vehicles for hire operated by TNOs. The proposed revisions to the Code would make repairing these dangerous vehicles a prerequisite to operation, greatly improving taxi and TNO recall repair rates, and significantly reducing their risk to everyone on the road in Maryland.

In conclusion, vehicles for hire with open recalls pose a serious, but preventable, safety risk for drivers, passengers, and pedestrians in Maryland. The Center for Auto Safety urges the PSC to approve the revisions to COMAR 20.90.02.16 and COMAR 20.95.01.11 and thus continue the state’s leadership in this vital public safety area.