Buildup in the throttle body can affect the mechanism, and Toyota points to bad gasoline as the cause. But there’s really no easy answer.

Modern engines contain dozens of sensors and controllers, most of which behave well over the life of the vehicle and never have to be replaced.

But every once in a while there’s a bad apple that can cause plenty of headaches — not only in diagnosing, but in replacing as well.

Take, for example, the 1999 Toyota Camry four-cylinder engine’s idle air control valve, a little gizmo that can stop the car cold if it isn’t working correctly.


Lou Bock, an 80-year-old tennis teacher in Santa Monica, knows all about the valve. He has two artificial hips that, fortunately, work a lot better than the idle control valve on his car. So far, Bock’s Camry has gone through four of the valves, about once every year.

“It is a pain in the neck,” Bock said. “Toyota has taken a very cavalier attitude about it.”

To Toyota’s credit, the company has been providing replacement valves at no cost, but still charging Bock about $150 for labor.

Bock isn’t the only person to recently contact Your Wheels about the issue.

Take the case of Jerry Andersen, who has also gone through four idle air control valves on his Camry. He has replaced the valve at 25,000 miles, 38,000 miles and 47,000. So it seems that the problem is getting worse as the car ages.

“The Toyota factory refuses to comment on the problem directly,” Andersen said. “The dealership offers no explanation other than saying that this is a problem.”

Interviews with Toyota mechanics suggest that the valve is a known problem with Camrys. Officials at Toyota North American headquarters in Torrance said they believe the problem must be bad gasoline.

So far, Toyota has not issued a repair alert, known in the industry as a technical service bulletin, on the problem, according to AllData, a major publisher of automotive repair information for independent garages.

The valve is located in the throttle body, the major plumbing that directs air from the air cleaner to the cylinders. The device is a rotary solenoid type valve that allows air to bypass that main throttle valve during idle, thereby carefully controlling engine speed.

Its function is particularly sensitive during cold starts. The valve is operated by the engine control module.

Bock and Andersen have found that their cars repeatedly stall during cold starts when the valve isn’t working properly.

Exactly why the valve has repeatedly failed is not clear. In some cases, the valve can become stuck when it’s open or closed, and in other cases it can behave erratically, according to service procedures cited by AllData.

It is true that the valve’s internal mechanism is often not the culprit, but rather gummy deposits that can build up inside a throttle body. It’s possible that Bock and Andersen’s problem could be traced to a more basic cause that is resulting in unusually large amounts of carbon buildup in the throttle body. A good mechanic should be able to determine whether something under the hood is causing greater than usual contamination.

But such an explanation raises more questions than it answers. Since Camry owners buy pretty much the same gasoline as everybody else, perhaps the Camry is more susceptible to contaminated fuel than other vehicles.

“The quality of fuel we are getting is often terrible,” Memmolo said.

In many vehicles, throttle bodies and fuel injectors need to be routinely cleaned out. Such services are often sold by dealerships as preventive maintenance, although it certainly is not a sure bet that decarbonization will free a gummed-up idle air control valve. It probably will not fix the problem. And at $165, the service isn’t cheap

Like most automotive electronics parts, the valve can be expensive. Toyota lists it as a $209 part and advises dealerships to charge about 1.3 hours of labor to replace it. Thus, it’s not an item you want to be replacing too often.

On the other hand, if you are lucky enough for the part to fail just short of 12 months, Toyota will only charge for the labor. What a deal.

Center for Auto Safety @Ctr4AutoSafety ..with over 150K car fires every yr in the U.S. @NHTSAgov must make collecting MORE DATA on these EV incidents a priority & demand more transparency from mfrs before EVs are everywhere: safety first. (& If your car is smoking get out!) Tune into @CBSNews tonight for more. 5/5 https://t.co/TgHDOflJLk 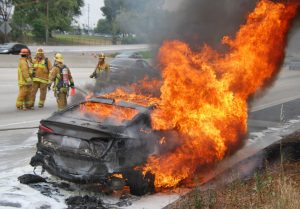 h J R
Center for Auto Safety @Ctr4AutoSafety ...after all, it's not as if @GM is the only one involved in recalling problematic batteries that were sourced from LG...(looking at you @Hyundai_Global ) 2/ https://t.co/qi3GjEKztP

h J R
Center for Auto Safety @Ctr4AutoSafety Looking forward to joining @CBSNews and @errolbarnett tonight to talk about the re-recall of @GM Bolt for fire risk, b/c ALL Car Fires are dangerous. But perspective is important too...1/ https://t.co/r9OgXxeljj 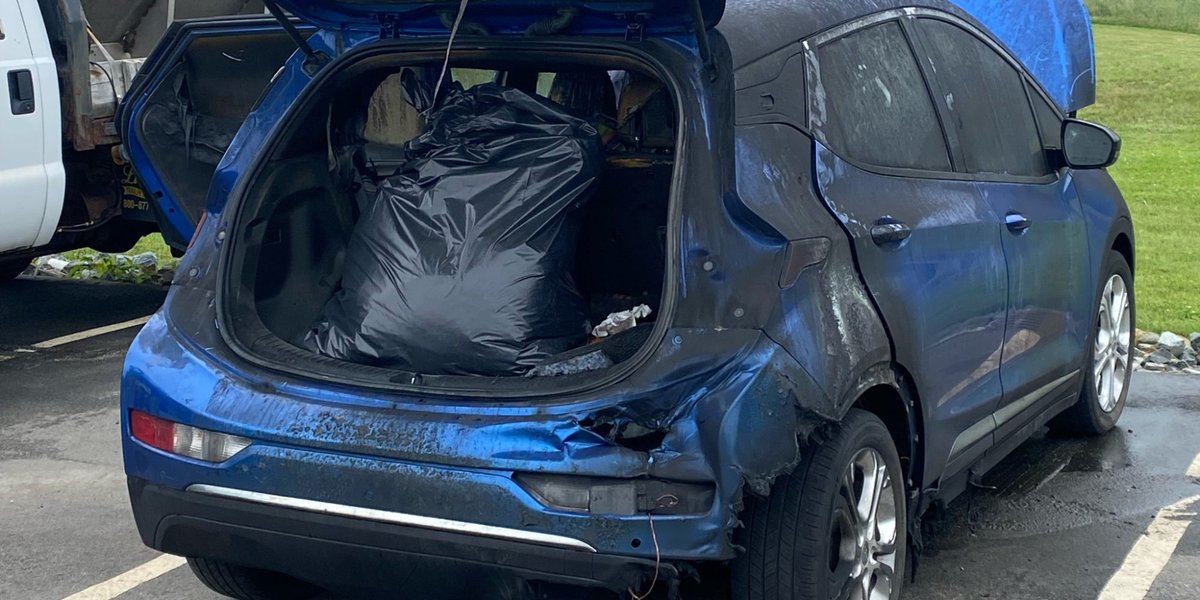