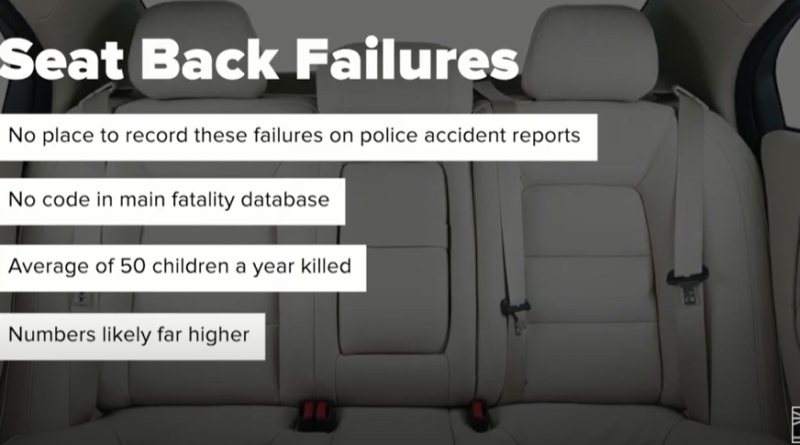 “For over fifty years the government seatback standard has been so inadequate as to allow the average dining room chair to pass a test that is supposed to protect back seat passengers in a rear crash,” Jason Levine, executive Director of the Center for Auto Safety, said in an interview with CBS News.

Back in June, Representatives Kathleen Rice of New York; Jan Schakowsky of Illinois and Diana DeGette of Colorado introduced the Modernizing Seat Back Safety Act in the U.S. House of Representatives. A few months prior, an identical bill was introduced in the Senate by Edward Markey of Massachusetts and Richard Blumenthal of Connecticut. The official text of the bill says it is intended “to issue a final rule revising motor vehicle seat back safety standards.” For reasons that will become clear soon enough, this legislation sounds like it could address a very important safety issue with cars and trucks currently being sold in the United States.

Click here to view the full story from Autoblog.

Center for Auto Safety @Ctr4AutoSafety .@NFPA "has been training firefighters to combat EV fires for more than a decade, but only about a quarter of fire departments — confined by limited time and small municipal budgets — have taken part." @NHTSAgov now is the time to act on this issue. https://t.co/x2iTN0kGQ5

h J R
Center for Auto Safety @Ctr4AutoSafety Yet another example of the need for @NHTSAgov to finish and publish the overdue #whistleblower rules. https://t.co/EnOYsF4vnK

h J R
Center for Auto Safety @Ctr4AutoSafety This is overdue - and important. Thanks to @CongressmanRaja & @RepKatiePorter for moving this important bill forward - and to @propublica for continuing to highlight why the current booster seats standards are so inadequate. https://t.co/IdAPuvShOK

h J R
Center for Auto Safety @Ctr4AutoSafety Worth the read: "Self-driving & electric vehicles are often hailed as solutions to the safety issues posed by cars, but before we try to fix a problem, we first have to name the problem. In this case, we have to stop normalizing the trauma caused by cars." https://t.co/PXxknlUQn7