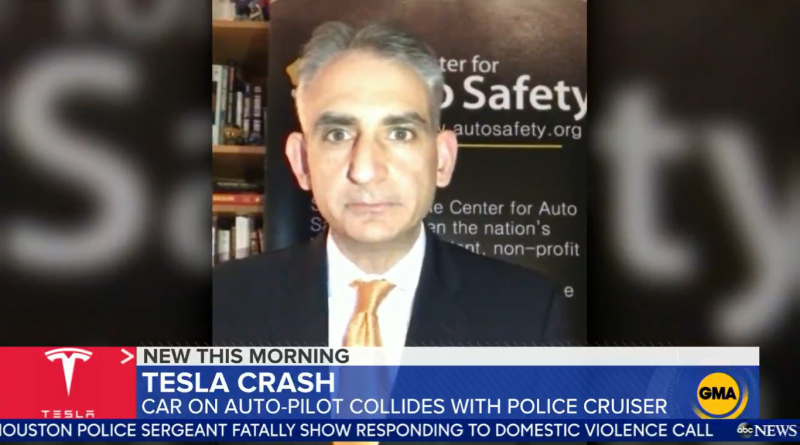 A Tesla on Autopilot slammed into two vehicles on Saturday, one of which was a Connecticut State Police cruiser, officials said.
The driver of the Tesla told police that he put the car on Autopilot because he was checking on his dog in the backseat, according to a statement from Connecticut State Police.
The incident happened in the early morning hours Saturday on Interstate 95 in Norwalk.
Police had been called to the highway because of a disabled vehicle that was occupying a lane, authorities said.
As troopers were waiting for a tow truck for that car, the Tesla, described as a 2018 Model 3, was traveling northbound and struck the rear of the cruiser before continuing in the same direction and hitting the disabled vehicle, according to authorities.
The car was finally stopped several hundred feet ahead by another trooper.
The driver, who was not identified, was issued a misdemeanor summons for reckless driving and reckless endangerment, police said.

Center for Auto Safety @Ctr4AutoSafety Do we know if this @Tesla was on #Autopilot? No. Do we know that #Autopilot has trouble seeing stopped trucks in th… https://t.co/7IYwTcUC1h

h J R
Center for Auto Safety @Ctr4AutoSafety Speed is a significant component in the 6,000+ pedestrian and vulnerable road user deaths we see every year in the… https://t.co/LpKsWezQRl