Should more Kia vehicles be recalled for fire risk? 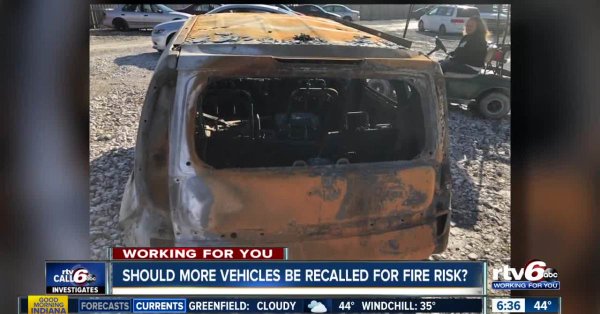 The Center for Auto Safety says they believe about 5 million vehicles need to be addressed. So far, only about 500,000 Kia and Hyundai vehicles have been recalled.
“This goes beyond just the small universe that Kia has chosen to recall,” Jason Levine, Executive Director for the Center for Author Safety said. “The problem is much bigger.”

INDIANAPOLIS — After 500,000 Kia and Hyundai vehicles were recalled earlier this year, one Indianapolis man is still wondering why his vehicle caught fire and wasn’t recalled.
In December on Interstate-65, David Hollis’ 2014 Kia Soul with a 2.0-liter engine caught on fire. The recall only included 2014 Kia Souls with a 1.6-liter engine.
Kia and Hyundai vehicles have been bursting into flames from coast to coast — including on that killed Carol Nash’s son in 2017 near Cincinnati.
Click here to read the full article from The Indy Channel.