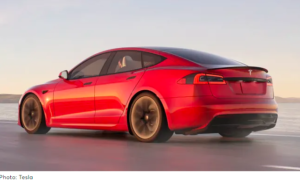 Two U.S. senators have called for the Federal Trade Commission to open an investigation into whether Tesla has engaged in deceptive marketing practices regarding the capabilities of its Autopilot and Full Self-Driving (FSD) driver assistance systems.

In a letter to FTC Chair Lina Khan, Sens. Richard Blumenthal, D-Conn., and Edward Markey, D-Mass., said they “fear that Tesla’s Autopilot and FSD features are not as mature and reliable as the company pitches to the public,” and that “it is clear that drivers take Tesla’s statements about their vehicles’ capabilities at face value and suffer grave consequences.” According to the letter, at least 11 people have died in the U.S. while they were driving Teslas with Autopilot activated since the feature became available in 2015.

Click here to view the full story from Consumer Reports.