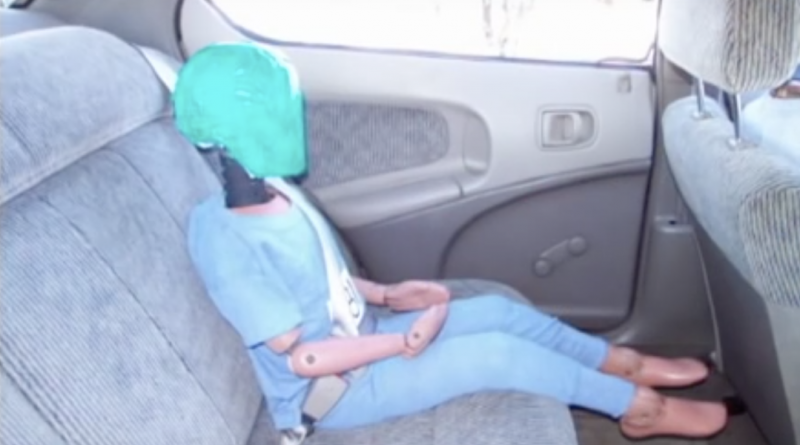 But there’s no way to know how many of these children died due to seat failures, said Michael Brooks, chief counsel for the Center for Auto Safety, a Washington D.C.-based advocacy group. “There’s not even a true mechanism to capture these kinds of events,” Brooks said, adding that police crash reports usually fail to note instances of seat failures.

Andrew Warner was driving his family home from a Christmas party near Houston when they were rear-ended by a drunk driver. Warner’s seat buckled, slamming backward into his infant daughter, Taylor. She suffered massive brain trauma and died less than a day later.

In the decade since his child’s death, Warner has learned that what happened to Taylor was no freak accident. While relatively rare, seatback failures have been injuring and killing people for decades. According to one estimate, roughly 50 children have been killed each year since 2001 in rear-end crashes, and experts say that some of those fatalities were likely from front seats collapsing backwards.

For decades, the National Highway Traffic Safety Administration (NHTSA) has required automakers to build seats strong enough to meet a safety standard.  But experts regard the standard, established more than 50 years ago, as laughably weak—several who spoke with FairWarning said that a lawn chair could pass it. In actual rear-end collisions, the seat pushing forward against the weight of a person in the front seat can cause the seat to collapse, sometimes throwing the driver or passenger head-first into the back or out the rear window, and also endangering anyone in the backseat.

Although NHTSA has long recommended that young children be seated in the back for safety reasons, critics say the agency should also be telling parents to put a child behind the unoccupied passenger seat, or behind the lightest person in the front, to reduce the risk of injury. NHTSA has been aware for years that collapsing seats can smash into passengers in the rear.

Car shoppers have virtually no way to compare seat strength of different vehicles. Automakers boast on their websites about numerous seat features, from their fabric treatment to their ability to be folded and stowed away. But none that FairWarning reviewed mentioned seatback strength.

“Each individual manufacturer has their own internal seatback standard,” said Jeff Wigington, a Texas-based attorney who has handled numerous seatback lawsuits, including a high-profile case against Audi. “The problem is that unless you have a lawsuit against them for a seatback that collapsed, you’re not going to be privy to that information … You could have a situation where the manufacturer’s standard is 10 percent better than the federal regulation, or 50 percent better, or twice as good—you just don’t know.”

Read the full story from FairWarning.