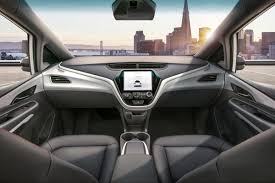 The Center for Auto Safety called on NHTSA to order Tesla to recall vehicles equipped with AutoPilot.
“NTSB has done its job by thoroughly investigating this technology and this crash. The National Highway Traffic Safety Administration must also now do its job and recall these vehicles,” the watchdog group said in a statement.
“Today, NTSB has again highlighted the design flaw in Tesla’s technology — a flaw which allows driver disengagement. Last month, the Center for Auto Safety again highlighted for the Federal Trade Commission, Tesla’s deceptive use of the term AutoPilot which encourages exactly the sort of overreliance seen in this crash.

“AutoPilot has already resulted in avoidable deaths, injuries, and crashes, yet NTSB’s previous recommendations to NHTSA were met with silence, and the FTC has yet to act.”

WASHINGTON — The National Transportation Safety Board on Wednesday cited driver errors and Tesla Inc.’s Autopilot design as the probable cause of a January 2018 crash of a Model S into a parked fire truck on a highway in California.

The safety board, which previously criticized Tesla’s driver assistance system Autopilot after a 2016 fatal crash in Florida, said that the system’s design “permitted the driver to disengage from the driving task” in the Culver City, Calif., crash. The NTSB said on Tuesday that Autopilot allowed the driver to keep his hands off the wheel for the vast majority of the nearly 14 minutes of the trip.

The fire truck was unoccupied and the driver was not injured in the incident. The NTSB cited the driver’s “inattention and overreliance” on the advanced driver assistance system.
Click here to read the full article from Automotive News.