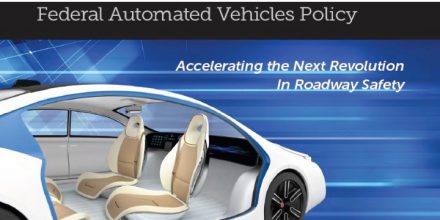 Washington D.C. – The Center for Auto Safety, the nation’s leading independent non-profit organization providing consumers a voice for auto safety, quality, and fuel economy, today called for mandatory federal government policies on the safety of all levels of Automated Vehicles in testimony before the National Highway Traffic Safety Administration at the Department of Transportation.

Earlier this year, NHTSA published an entirely voluntary policy, “Automated Driving Systems 2.0” and has given indications it will continue down the self-regulatory path for self-driving cars when it releases version 3.0 in 2018. “There may never be a more critical moment in the development of self-driving car technology in terms of consumer acceptance,” Center Executive Director, Jason Levine, said in his prepared remarks today. “Proponents refer to its potential in almost mythical terms as if introduction of these vehicles will magically make 37,000 yearly deaths disappear overnight. The public however, is incredibly skeptical – as many as 78% of Americans surveyed are afraid to ride in a driverless car – fears seemingly confirmed by last year’s death in Florida involving a semi-autonomous Tesla. One more incident could set back the cause of these vehicles a decade or more in terms of public acceptance.”

The Center proposed mandatory reports be submitted by Autonomous Vehicle manufacturers, and that information be available to all parties: “It would be in the best interest of all stakeholders to make sure that NHTSA, researchers, and the public have access to all the necessary data to assure the vehicles are performing as promised – and when there are problems – providing enough information for everyone to understand what happened. “

While investors may be interested in the future stock market gains for these cars, NHTSA should be exploring “areas where existing safety technology can save lives, not in 2048, but in 2018,” said Levine, including mandating features such as automatic emergency braking and forward collision warning. The Center called for completion of the vehicle to vehicle communication rule, which has apparently been delayed because some entities are more interested in making money instead of allowing this bandwidth to be devoted to safety as Congress mandated in 1999.

In closing, the Center commented on the many technical and human factor concerns about conditional automation, and questioned why NHTSA’s guidance remained essentially silent on the topic that should garner the most attention – how will people interact with robot cars – and how will NHTSA and everyone else know when they have been tested enough, both in simulated settings and controlled road settings to be safe enough to be released onto our public streets.

Over the last 47 years the Center for Auto Safety has successfully led the fight for lemon laws in every state, airbags in every vehicle, and recall repairs being made at no cost to the consumer.  The Center is a membership-driven organization headquartered in Washington, DC and is also home to the Safe Climate Campaign, which fights global warming by working for big, specific measures to reduce greenhouse gas emissions. The Center is also the publisher of The Car Book, which has for the last 37 years been America’s most comprehensive car buying guide. To learn more about the Center please visit www.AutoSafety.org.

Learn more about The Car Book 2020 and get online access