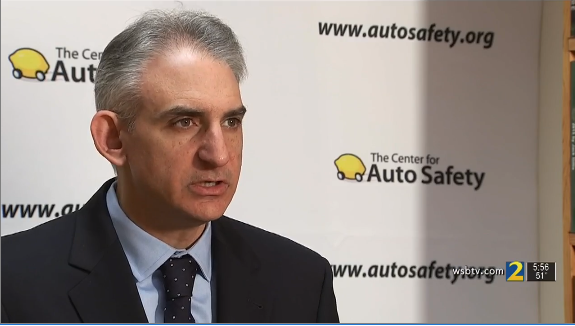 ATLANTA — Kia announced this week it will recall another 192,000 cars and minivans because of a risk of engine fire.
The recall includes 2013 and 2014 Optima midsize cars and 2011 and 2012 Sedona minivans.
Just last week, Kia recalled a different group of 229,000 vehicles for a different fire risk.
If it sounds confusing, Jason Levine from the Center for Auto Safety says that’s because it is.
“We’re really concerned this is only confusing consumers, and they are trying to keep a limit on the number of vehicles they are recalling instead of being as wide as possible,” Levine said
For more than a year, Channel 2 Action News has been investigating engine fires in Kias and Hyundais.
The engine fire spread so quickly in Diana Marshall’s 2014 Kia Optima last November that flames singed her purse as she jumped out.
“We jumped out and it started coming through the vent and we jumped out within an inch of our lives,” Marshall said.
Last fall, Kia and Hyundai agreed to a massive $758 million settlement that will cover millions of vehicles with the potential for fire.
But there are still other makes and models that have been reported to catch fire, like Kia Souls that are not covered by the settlement or recalls.
“They have a real car fire problem that they need to address on a larger scale,” Levine said.
Read the whole article at WSB-TV Atlanta 2.