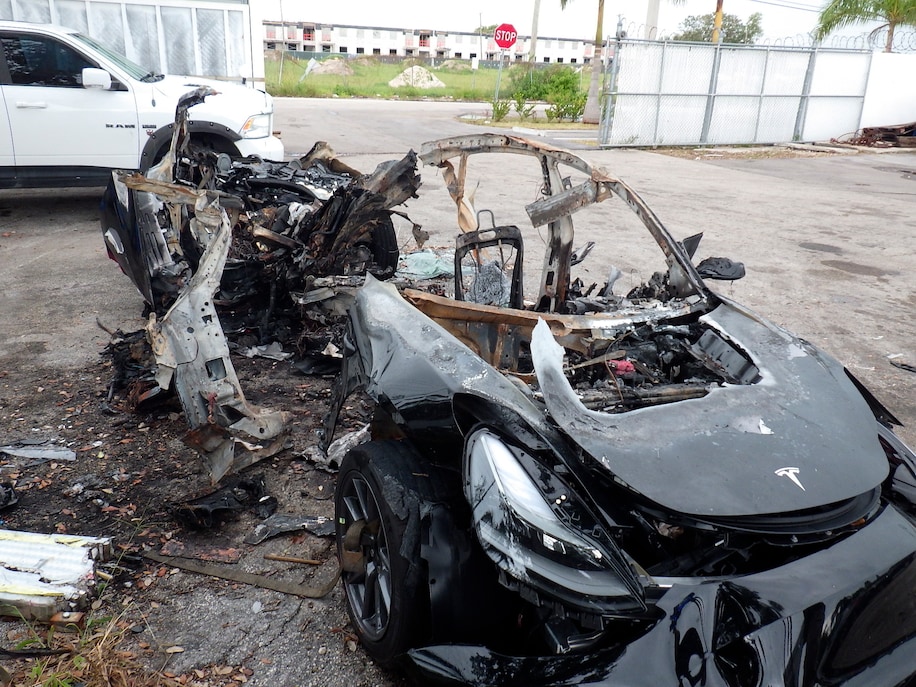 Michael Brooks, at the Center for Auto Safety, said other lawsuits are pending against Tesla involving the vehicle’s autopilot and full self-driving systems.

A jury in Florida has found Tesla just 1% negligent in a fiery crash that killed two teens, for disabling a speed limiter on the electric car.

Tuesday’s verdict placed 90% of the blame on the driver, Barrett Riley, and 9% on his father, James Riley, who brought the lawsuit against Tesla.

Barrett Riley and his friend Edgar Monserrat Martinez were about to graduate from their private school in South Florida when they died in the May 2018 crash near Fort Lauderdale Beach. A backseat passenger was ejected and survived.