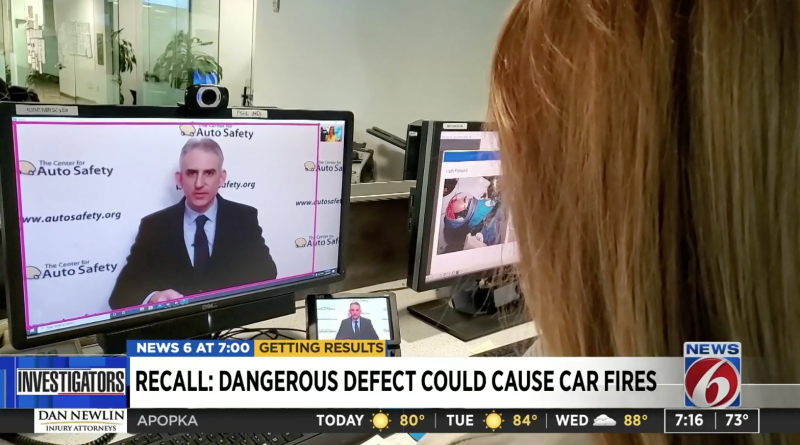 “It is inexcusable for Hyundai and Kia to continue to leave their consumers in the lurch when it comes to car fires, whether it be this ABS unit or other car fire units problems that they’ve had,” Levine said. “They need to fix them. They need to fix them faster and they need to take more responsibility.”

Drivers of certain Hyundai Elantras, Entourages and Sante Fes and some models of Kia Sedonas and Sorrentos were told to park their vehicles outdoors and away from other vehicles or structures until a recall repair can be performed.

The companies won’t be notifying owners by mail until April.

Two weeks ago, Hyundai and Kia alerted the U.S. National Highway Traffic Safety Administration about a rare but dangerous defect discovered in 10 Hyundai Elantras that caught fire while parked and off.

According to the two companies, during a review of vehicle production records, the automaker discovered a faulty anti-lock brake system (ABS) module was to blame and could short circuit when exposed to moisture.

One of the cases happened in Central Florida.

Derek Anderson said the 2008 Hyundai Elantra he bought for his daughter caught fire on Saturday, Feb. 9, 2019. According to Anderson, the vehicle burned up while parked outside the family’s home. Anderson said he felt lucky no one was inside the car.

“We’re also fortunate it wasn’t a vehicle in a garage,” Anderson said.

While Anderson was thankful the damage wasn’t worse, he wanted to know how this could have happened.

He made sure to collect his own set of clues and shared them with Hyundai Motor America.

“When you pick the car up and take it off, you’re going to lose some of the evidence,” Anderson said. “So I photographed a lot of additional areas.”

Read the full article and watch our interview from WKMG Orlando 6.