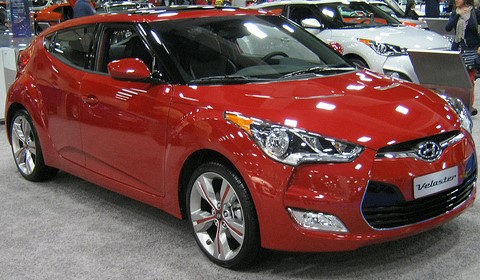 Jason Levine, executive director of the Center for Auto Safety, a consumer group that has petitioned the government seeking more Hyundai and Kia recalls, said the fire and engine problems keep spreading to more vehicles.
“This recall raises the question of whether we are even beyond the tip of the iceberg with these non-crash fires with both of these manufacturers,” Levine said. “How many times are we going to hear from either Hyundai or Kia that these circumstances are unique to a particular model and then have another recall or fire situation announced weeks or months later?”

BY TOM KRISHER, AP AUTO Writer
DETROIT (AP) — Hyundai has found a new problem that can cause its car engines to fail or catch fire, issuing yet another recall to fix problems that have affected more than 6 million vehicles during the past 3 ½ years.
The Korean automaker, under pressure from safety regulators, is recalling about 20,000 Veloster cars in the U.S. and Canada because fuel can prematurely ignite in the cylinders around the pistons. That can cause excessive pressure and damage the engine, causing vehicles to stall and in some cases catch fire, according to Hyundai documents posted Friday by the U.S. National Highway Traffic Safety Administration.
It’s a different problem from what has caused the rest of the recalls since 2015 from Hyundai and its affiliated automaker Kia, which have been plagued by engine failures and fires across the U.S.
Click here to view the full article from US News and World Report