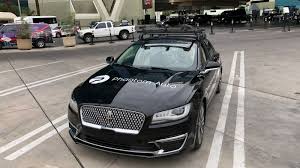 Earlier this year, California’s department of motor vehicles rolled out a new set of regulations for companies that want to conduct driverless car tests on public roads. But despite the painstaking effort that went into crafting the regulations, the DMV says there is one company in the state that’s allowed to test cars without a driver at the wheel—and it has some safety advocates calling for action.
The technicality emerged last month, when the CEO of Phantom Auto—a startup working on so-called teleoperation systems, which allow a remote operator to control a car even several hundred miles away—announced it’s powering the “first driverless and empty cars” in California.
But Phantom Auto cautioned its cars don’t technically fit within the framework of California’s autonomous car regulations. Yes, it’s a driverless car—but it’s not an autonomous driverless car. It’s a confusing distinction that’s worth pointing out, especially in an industry known to often abuse important terminology.
“The only way that our cars can move even an inch is if a human is driving them,” said Elliot Katz, Phantom’s co-founder. “The human just isn’t sitting in the driver’s seat. They’re just in a remote location.” Katz stressed that Phantom’s chief priority is safety, as it stakes itself out as a way for autonomous tech developers to ensure their cars can safely function in the real world.
Click here to read the full article from Jalopnik.