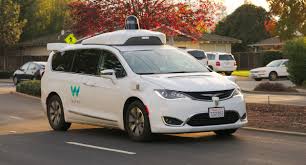 The Center for Auto Safety, a Washington-based consumer advocacy organization, said it remains “skeptical” about companies testing vehicles without manual controls, citing “there is no demonstrable evidence” that the vehicles “can safely operate on (and off) America’s roads.”

General Motors and Alphabet’s Waymo are among the companies encouraging federal safety regulators to swiftly, yet safely, update laws to better accommodate the testing and approval of fully autonomous vehicles on U.S. public roadways, even those without driver controls.

The companies, considered by many to be the leaders in autonomous vehicles, were among roughly 90 organizations and individuals to submit public comments on a proposed regulation on changing rules for self-driving vehicles to the National Highway Traffic Safety Administration and Federal Motor Carrier Safety Administration.

Lyft, Volvo, Intel and Mercedes-Benz, New York City and nonprofit consumer advocacy organizations like the Center for Auto Safety all weighed in on new safety standards for self-driving vehicles before the public comment period closed Wednesday.

Notably absent from the comments was Tesla, which has been very public about their aspirations for testing and deploying autonomous vehicles. Tesla did not immediately respond for comment.

The comments will be taken into consideration as federal regulators rewrite the rules, NHTSA said in an emailed statement.

While many believe autonomous vehicles can save lives, some have been skeptical about allowing the vehicles on public roads — particularly following a fatal crash involving a self-driving Uber vehicle in March 2018 in Arizona.

Click here to read the full story from CNBC News.