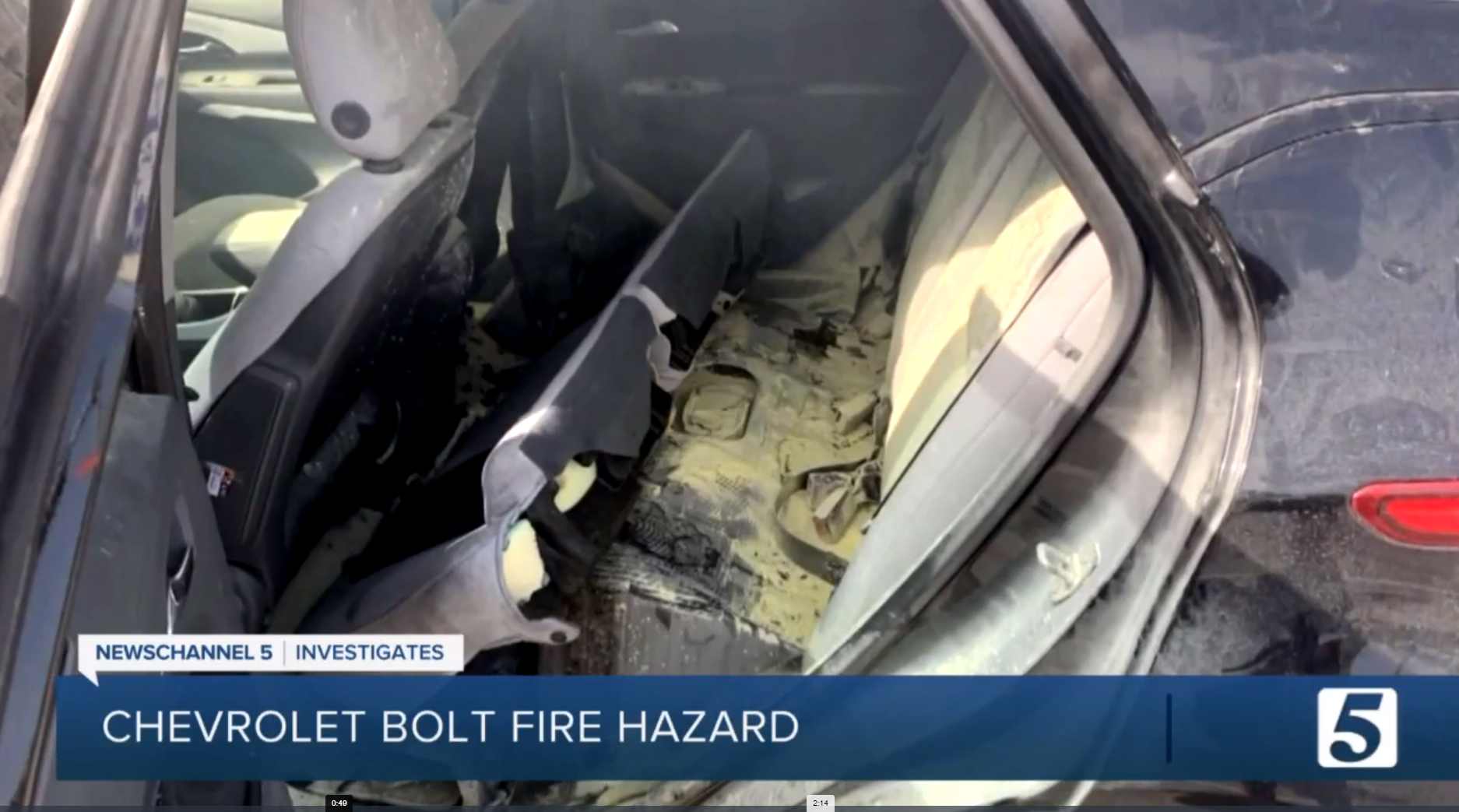 “Jason Levine, Executive Director of the Center for Auto Safety, said any time cars spontaneously catch on fire, it should be taken seriously, and the thing for Bolt owners to do is follow the automaker’s recommendations.”

The problem is the car’s battery can suddenly catch on fire. While GM now says it’s found a fix, it will likely take months to fix all of the cars. Which is just adding to Bolt owners’ frustration.

“So when we got it, it was a perfect his and hers,” Joshua Starnes said standing in front of two 2021 Chevy Bolts.