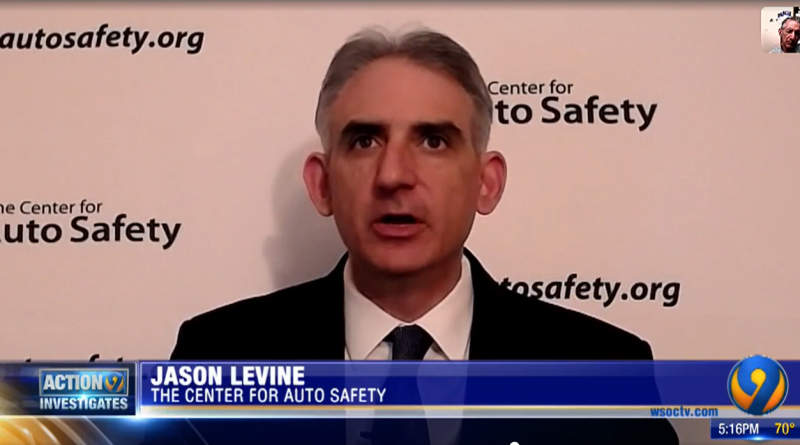 “We were surely disappointed to see that it wasn’t included in the settlement,” said Jason Levine, who runs The Center for Auto Safety in Washington, D.C. “Our hope would be, whether in this settlement or some other legal remedy, those who own souls will be made whole, financially, speaking.”

WAXHAW, N.C. – For more than a year, Action 9’s Jason Stoogenke has been investigating complaints that Hyundai and Kia vehicles caught fire without being in a crash.
Debi Morris lives in Waxhaw, and she said her Kia Soul burst into flames in her driveway.
“All I could think about was it was going to blow up,” Morris said.
Then there’s Jordan Carlton. He said he was in a Kia Soul in Hawaii this year and the car caught fire.
Stoogenke searched federal safety records on 2010 to 2019 Souls, and found 59 complaints where people said their cars caught fire without being in an accident.
In February, Kia recalled more than 300,000 Souls for that exact issue.
Click here to view the full story from WSOC TV-9.

Center for Auto Safety @Ctr4AutoSafety #ICYMI: that @Toyota and @Lexus recall from way back in January just got expanded to 1.5 million vehicles that may have fuel pump problems. Check to make sure your car is safe with our Vehicle Safety Check tool on our website! https://t.co/Zfoc6gn7oB

h J R
Center for Auto Safety @Ctr4AutoSafety #ICYMI: See what we had to say on @NBCNightlyNews about @GM's massive recall of 6 million Trucks and SUVs with defective Takata airbags. https://t.co/8wwCGAfhTJ

h J R
Center for Auto Safety @Ctr4AutoSafety Today’s fine announcement by @NHTSAgov validates the concerns of millions of @Hyundai @Kia consumers about a persistent safety hazard & should remind manufacturers there are costs beyond #recalls for failing to report dangerous defects, as required by law https://t.co/J0lFjOBKBm

h J R
Center for Auto Safety @Ctr4AutoSafety The reason we petitioned @NHTSA in 2018 to address these engine failures and vehicle fires was because no one seemed to be listening to the complaints of many hundreds of frightened @Hyundai & @Kia owners. It's about time for this fine. https://t.co/ZMsAsQ7qDW