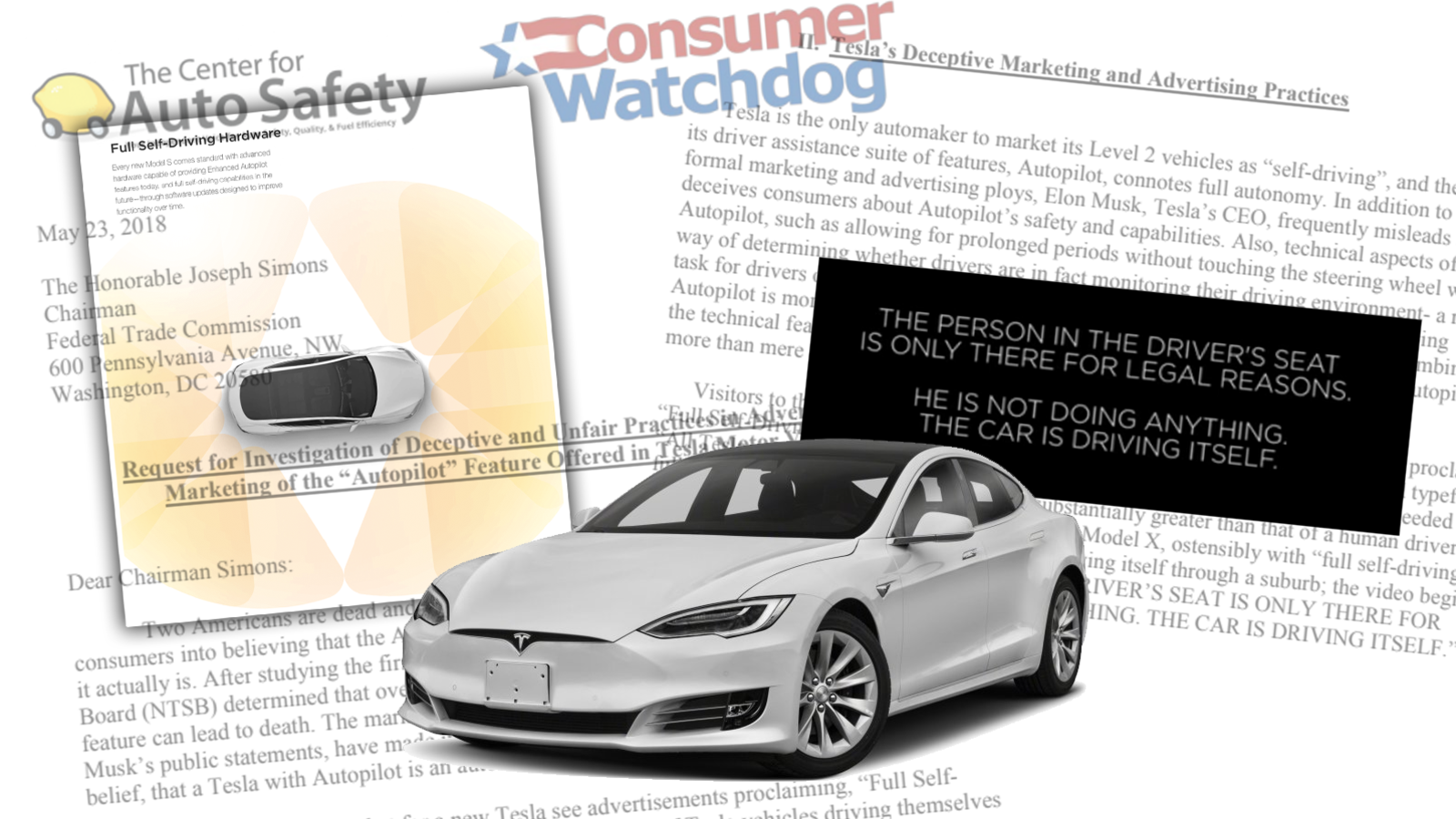 The consumer advocacy groups Center for Auto Safety and Consumer Watchdog called on the Federal Trade Commission today to investigate Tesla for “deceptive advertising and marketing practices and representations” made regarding Tesla’s Autopilot semi-autonomous driving system. The letter specifically points out advertising, statements, and marketing materials that give the impression that the Autopilot system is far more capable than it actually is right now.
Tesla disagreed, and said its claims around Autopilot’s abilities are very clear.
In a letter sent to Federal Trade Commission Chairman Joseph Simmons, the two consumer groups state the problem as follows:

Two Americans are dead and one is injured as a result of Tesla deceiving and misleading consumers into believing that the Autopilot feature of its vehicles is safer and more capable than it actually is. After studying the first of these fatal accidents, the National Transportation Safety Board (NTSB) determined that over-reliance on and a lack of understanding of the Autopilot feature can lead to death. The marketing and advertising practices of Tesla, combined with Elon Musk’s public statements, have made it reasonable for Tesla owners to believe, and act on that belief, that a Tesla with Autopilot is an autonomous vehicle capable of “self-driving.”

Click here to view the full article from Jalopnik