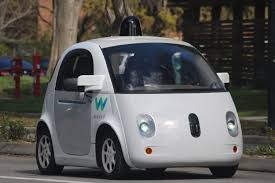 “The federal government is actively encouraging a corporate laboratory experiment where real people are unknowingly being used as crash dummies,” Jason Levine, executive director of the Center for Auto Safety, said in a statement. “The federal government has done nothing to provide AV safety oversight in the 18 months since Elaine Herzberg’s death from a self-driving test car was caused by Uber’s inadequate safety culture. If not now, when?”

Between the National Transportation Safety Board’s meeting Tuesday and the Senate Committee on Commerce, Science and Transportation’s meeting Wednesday, two themes emerged on the industry’s challenges regarding AVs: A lack of federal testing standards and confusing technology nomenclature.

At its meeting, the NTSB detailed its findings on the probable cause of the 2018 crash of an Uber autonomous vehicle in Tempe, Ariz., that killed pedestrian Elaine Herzberg. The board also issued recommendations for AV testing standards.
The NTSB determined that the probable cause of the crash was the failure of the safety driver, who was distracted by a cell phone, to “closely monitor the road and the operation of the automated driving system.” The board says inadequate risk assessment procedures, ineffective oversight of vehicle drivers, and “a lack of adequate mechanisms for addressing operators’ automation complacency” also contributed.

This week’s developments have industry experts reiterating the need for federal safety standards for automated technology.

Click here to read the full article from Automotive News.

Center for Auto Safety @Ctr4AutoSafety Last week @elonmusk made the claim that @Tesla would have level 5 autonomous vehicles this year, and we've got déjà… https://t.co/zSpgMBAdcc

h J R
Center for Auto Safety @Ctr4AutoSafety Here we go again. @Tesla #Autopilot involved in a #crash which: injures the driver; wrecks a police vehicle and an… https://t.co/FJtWxG1ffz

h J R
Center for Auto Safety @Ctr4AutoSafety #RecallRoundup: No one should have to be worried about an unsafe car at this moment. Let the @Ctr4AutoSafety keep y… https://t.co/LTVFgqYA0H