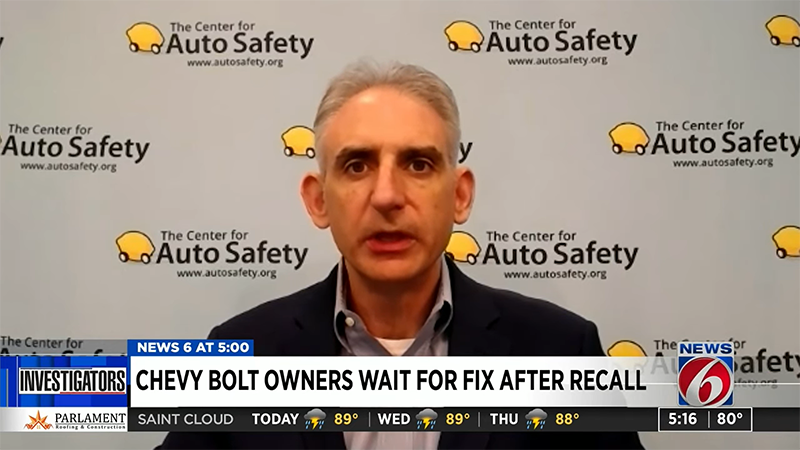 “There is nothing stopping these manufacturers from giving consumers loaner vehicles until this recall repair is made available,” said Jason Levine, the Executive Director for the Center of Auto Safety in Washington D.C. “Ideally, this gets fixed before it gets into the vehicle the first time around.”

Levine told News 6 he believes the time has come for more safety regulations surrounding electric batteries, following in the footsteps of other countries who have already begun making some changes.

However, Levine did not want to deter people from buying electric cars because of fire concerns, noting that fuel-powered vehicles also can catch fire too.

“It is important to have some context around these numbers. There are about 280 million registered vehicles in the United States. You have about 200,000 car fires every year that are powered by fuel that catches on fire in the US.

“There are about a million electric vehicles on the road, and you are talking dozens of these fires.”