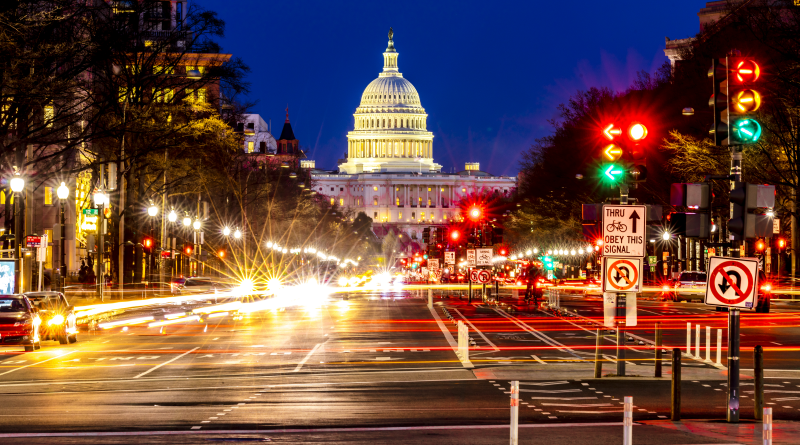 When it comes to protecting consumers from preventable vehicle related deaths and injuries, the Infrastructure Investment and Jobs Act of 2021 (IIJA) is a sign both of how far we have traveled and how distant we are from the desired destination of safety for all drivers, passengers, and pedestrians. Existing technology offers so many opportunities to turn back the tide of 40,000 crash deaths Americans suffer every year, a rate that is double that of our European counterparts. The IIJA takes advantages of some vital opportunities for vehicle safety gains, yet at the same time the bill’s final version stops short of drawing a line in the sand to ensure that all of America’s vehicles will soon contain available crash prevention and protective technology. Instead, the IIJA relies on future action by the National Highway Traffic Safety Administration (NHTSA) and others that will only belatedly address the rising death toll on our nation’s highways, and the leading killer of those age 25 and under.

One area which deserves significant attention and praise is the IIJA requirement for NHTSA to write a rule within three years which utilizes passive impaired driving prevention technology on all new vehicles. This measure can dramatically limit a variety of impaired driving behaviors which claim at least 10,000 lives annually. While the bill also directs NHTSA to work on a rule which accurately detects alcohol levels, the use of passive detection technology to try and prevent impaired motorists from killing themselves or others is a perfect example of how existing technologies can be engaged to save lives right away.

While our 51 years of fighting for consumer protection and safety from vehicle crashes has taught us that progress can be slow and painful at times, it is possible. In the IIJA, NHTSA is required to start the process of modernizing the safety of seatbacks to protect everyone in the vehicle, including rear seat occupants, for the first time since the publication in 1967 of what has always been an inadequate standard. Every year there are dozens of preventable, horrific deaths to children, and adults, not to mention catastrophic injuries in rear impact crashes, as a result of the industry’s abject failure to fix a known problem for less than $5.00 per seat. On behalf of thousands of families who have unnecessarily suffered every parent’s worst nightmare, we want to emphasize that NHTSA cannot move fast enough to close this embarrassing episode in auto safety.

The bill also includes important sections which begin the journey to equip all new vehicles with advanced crash avoidance technology from automatic emergency braking (AEB), lane departure warnings, and forward collision warnings, to adaptive headlights. A mandate for a rule requiring all heavy trucks to have AEB in two years is a good step to safe guarding our highways. Yet, opportunities were missed here as well, by failing to require the technology include vulnerable road user protection criteria and neglecting to set a date certain for passenger vehicles to come equipped with performance standard based crash avoidance technology, which only prolongs the fight for safety to be standard and not just a luxury add-on. Moreover, failing to require AEB on the medium sized trucks that now dominate our neighborhoods as delivery vehicles will unfortunately, unnecessarily cost lives.

One of the most important tools available to the government when it comes to promoting auto safety is sharing information with consumers. In this area as well, the IIJA takes steps forward and backward at the same time. The bill requires greater transparency regarding recall reporting, thus allowing for a better public understanding of which manufacturers are working hard to remove defective vehicles from the road. The IIJA also will help policy makers understand just how widespread the problem of recalls is when it comes to vehicles for hire, like rideshares and taxis, and includes requirements for federal studies and reports on updating the Early Warning Reporting system and evaluating Crash Test Dummies. Given lengthy delays in NHTSA’s response to previous Congressional mandates, the IIJA also demands accountability on long overdue rulemakings.

At the same time however, the IIJA tremendously undervalues the greatest consumer information program of all time: the New Car Assessment Program, better known as the 5-Star Crash Rating system. The IIJA fails to require an update to a program that currently provides almost 98% of vehicles top ratings with tests last updated in 2010, fails to require upgrades to tests and requirements to protect vulnerable road users. The bill also fails to recognize the need for more and varied tests for different vehicle locations, such as the back seat, or how crashes impact different demographic categories, such as seniors or women. Sadly, this means the U.S. program, which created the concept of utilizing such non-regulatory testing to urge the marketplace to compete on safety, will continue to fall behind our foreign counterparts when providing consumers comparative information on vehicle safety.

In places the IIJA takes advantage of a safety solution we have always advocated: using existing technology to prevent tragedies. It requires an automatic shutoff feature in vehicles featuring keyless ignition – thus preventing carbon monoxide poisoning hazards; it requires action on hood and bumper standards to help protect vulnerable road users – who are dying in record numbers; and it finally mandates the use of updated rear underride guards on heavy trucks to prevent unthinkable tragedies when passenger vehicles slip under a big rig from behind. Yet, each of these steps forward for safety also highlight missteps where the bill neglects to save lives by leaving out proven technology. There is no requirement for a simple, available fix to prevent rollaway vehicles from killing as many as 140 people annually, no mandate to install existing sensors to notify an adult that an infant is being left to suffer heat stroke in the back of a car – a tragedy which kills as many as 50 children every year, and no side underride guard requirement for those very same trucks that are receiving rear protection. Congress does not pass auto safety laws often, which makes it an even bigger shame this legislative vehicle left so many potential advancements behind to find their own ride.

In the implementation of the IIJA, and any future vehicle safety law, it is imperative that progress be determined by data, evidence, and larger public policy goals – not industry profit motives. It is critical the Department of Transportation end the status quo of automakers slowly installing safety technology only as a premium option to pad their stock price, rather than making lifesaving features available to all vehicle purchasers, and Congressional mandates being viewed as suggestions rather than deadlines. The preventable public health crisis of car crash deaths, which claims too many lives both inside and outside of cars, can be solved starting now, and soon-to-be victims should not have to wait for a future perfect world when the tools for improvement exist and are available immediately. It is time to get to work.

The Center for Auto Safety was founded in 1970 in Washington, DC as a member supported, national, independent, non-profit consumer advocacy organization dedicated to improving vehicle safety, quality, and fuel economy for all drivers, passengers, and pedestrians. Over the last 51 years, the Center has successfully led the fight for lemon laws in every state, airbags in every vehicle, and recall repairs being made at no cost to the consumer. For 40 years the Center published The Car Book, America’s most comprehensive car buying guide focused on safety, and in that spirit now offers the custom Vehicle Safety Check providing regular safety updates and hard-to-find service alerts on vehicle safety issues. To learn more about the Center, please visit www.AutoSafety.org.