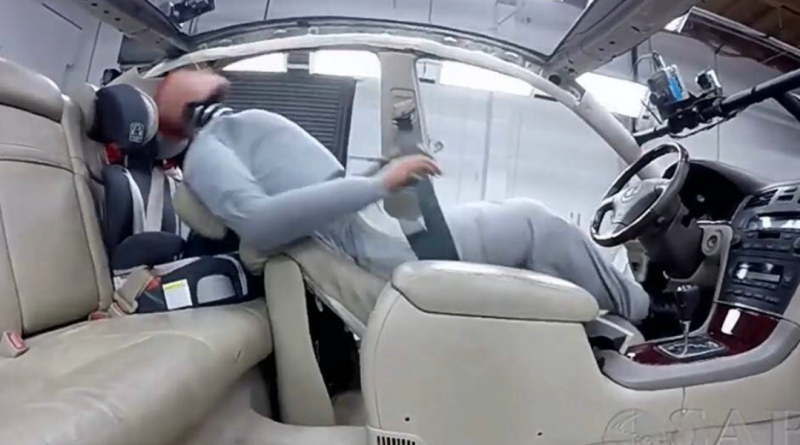 Today, the Center for Auto Safety is excited to join with many consumer groups and crash victims in recognizing the potential for significant safety gains included in a package of motor vehicle safety bills introduced by longtime consumer safety champions, Senator Ed Markey and Senator Richard Blumenthal.  Combined these bills, the Modernizing Seatback Safety Act of 2020, the Stay Aware For Everyone Act of 2020 (SAFE Act), the Promoting Auto Recalls Toward Safety Act of 2020 (PARTS Act), and the Early Warning Reporting System Improvement Act of 2020, could substantially decrease the horrific death and injury toll caused by car crashes on American roads.

“To save consumer’s lives, we must deploy affordable, innovative, and data driven solutions – especially when they are readily available,” said Jason Levine, Executive Director of the Center for Auto Safety. “The Modernizing Seatback Safety Act can finally bring to an end the nightmare of seatback failures that has plagued thousands of families over the last half century. Families like that of Jayden-Faith Fraser, Emily and Owen Reavis, the late Taylor Grace Warner, and so many others should never have had to suffer from decades of auto industry delay and the government’s unwillingness to upgrade the seatback design standard. It is time to upgrade a requirement so weak that it can be passed with a lawn chair.”

“For these families, and so many others, upgrades to Federal Motor Vehicle Safety Standard 207 will be too late. But, in their honor and memory we hope the entire Congress will work quickly to be sure no more names are added to this list,” said Levine.

The SAFE Act requires research into use of driver monitoring systems to minimize or eliminate driver distraction, driver disengagement, automation complacency by drivers, and foreseeable misuse of advance driver assist systems, followed by a requirement to write a rule to mandate such systems in all new vehicles. “The SAFE Act prioritizes using driver monitoring system technology to reduce, and maybe one day eliminate distracted driving, which is one of the leading causes of the 100 car crash deaths suffered in the United States every day. When implemented, this technology should greatly reduce the ongoing risk to far too many Americans of a single mistake by a driver ending in tragedy,” Levine stated. “The National Transportation Safety Board specifically cited automation complacency in its investigation of several fatal Tesla crashes. Moreover, the crash involving an Uber autonomous test vehicle in Arizona, which killed a pedestrian, also involved an inattentive driver. There’s a real world need for this technology right now.”

The PARTS Act, by focusing on directly contacting owners, will get right at one of the most difficult challenges in auto safety – the far too many dangerous, defective, recalled vehicles that remain unrepaired. The Act sets up a program for the Department of Transportation to provide resources and technical assistance to the motor vehicle administration in every state to be sure that vehicles owners are notified at registration of the recall status of their vehicle.  “The PARTS Act will help close the stubborn recall completion gap, a gap that has kept 70 million dangerous unrepaired recalled cars on our roads, often because owners are unaware there’s a defective vehicle sitting in their driveway,” Levine commented. The PARTS Act also significantly extends the reporting period for manufacturers in terms of recall completion. If enacted, car companies will have to continue reporting to NHTSA for 5 years on whether their recalls are being repaired, instead of the current 18 months. Additionally, NHTSA will have to publish an annual scorecard of recall completion rates for each manufacturer. “Since many manufacturers have not worked hard enough to ensure recalls are completed, an annual scorecard shaming those who fall short in protecting owners will assist in the cause of safety,” added Levine.

In 2000, the Transportation Recall Enhancement, Accountability, and Documentation Act (TREAD Act) was passed in response to hundreds of fatalities involving defective Firestone tires on Ford Explorers, defects that should have been discovered earlier by NHTSA, and deaths that could have been prevented by that discovery. One of the most significant programs mandated by the TREAD Act was an early warning system requiring auto manufacturers to submit information to NHTSA on all of the vehicle death and injury claims the car makers received. “Sadly, the system developed by Congress in the TREAD Act became a failure when implemented by NHTSA,  as demonstrated by the government’s inability to detect and act on even the most widespread deadly defects, including GM ignition switches and Takata airbag inflators. The Early Warning Reporting System Improvement Act will provide badly need statutory updates to this vital safety program, including requiring more information about each serious injury or fatality from the manufacturers, and more transparency to the public about these incidents, providing for essential external oversight,” observed Levine.

For 50 years, the Center for Auto Safety has successfully led the fight for lemon laws in every state, airbags in every vehicle, and recall repairs being made at no cost to consumers. The Center is a membership-drivenorganization headquartered in Washington, DC and publishes TheCarBook.com, which for 40 years has been America’s most comprehensive car buying guide. The Center now offers, exclusively for members, the monthly Safety Tune-Up Report, featuring regular alerts on safety issues relating to their vehicles. To learn more please visit www.AutoSafety.org.