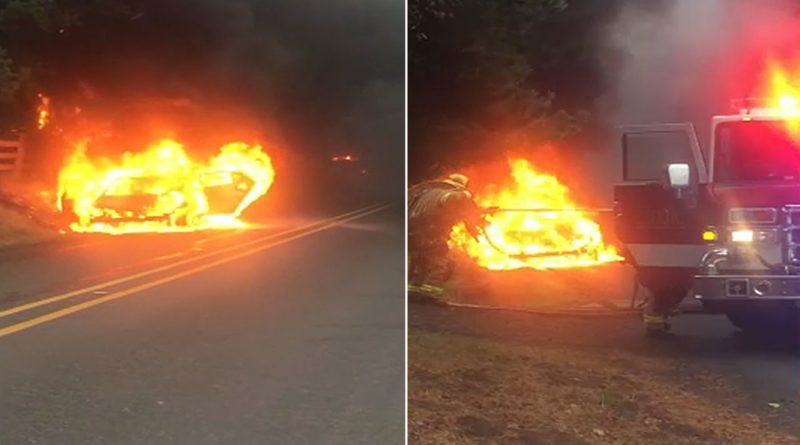 Center for Auto Safety: It is Time for Congress to Take Action
on Kia and Hyundai Fires

Today, the Center for Auto Safety (“the Center”) sent a letter to Congress detailing the need to protect Americans from the millions of Kia and Hyundai vehicles currently at risk of bursting into flames with little warning and no remedy in sight. The Center, founded in 1970, is a member-supported, independent, non-profit consumer advocacy organization dedicated to improving vehicle safety, quality, and fuel economy.

When the Center first raised this issue in June 2018, via a petition to the National Highway Traffic Safety Administration, the Center had found just over 100 reports of non-collision fires in four models of Hyundai and Kia vehicles. Now, the count is over 300. Car fires can be deadly or cause serious injuries. Even in circumstances where luck provides victims a path to safety, car fires cause significant property damage often leaving consumers owing money for a vehicle which has literally been burned to a crisp.
“Instead of presenting the public a solution for these fires, or a satisfactory explanation, or simply taking responsibility for continuing to sell what appear to be defective engines, both manufacturers have recalled fewer than 10% of the potential fire-prone vehicles and hoped no one would ask about the rest,” said Jason Levine, Executive Director of the Center. “The Center for Auto Safety urges Congress to investigate why Kia and Hyundai have refused to fully address this dangerous defect and why the political leadership of the agency responsible for overseeing highway and traffic safety has allowed such continued malfeasance.”

Recently, Hyundai and Kia acknowledged there are additional millions of their vehicles experiencing engine failure, a frequently cited precursor to fire events, yet they have refused to recall almost any of these vehicles to address the risk of fire. The Center’s long history of fighting to protect consumers in, and around, their cars, has shown time and again the danger of car fires. Whether it was Jeep rear fuel tank fires which have so far claimed the lives of at least 75 Americans, or GM C/K fires which have been implicated in at least 1,000 deaths, or Ford Crown Victoria fires which killed or severely burned dozens of police officers and civilians, each lost life was an unnecessary and preventable tragedy. While there has been only one reported death associated with these vehicles, Congressional action does not require waiting for a higher body count.

“In the present circumstances, Kia and Hyundai are refusing to fix a potentially deadly problem with their vehicles, despite independent analysis by the Insurance Institute for Highway Safety’s Highway Loss Data Institute finding that these fires are happening more with their vehicles than for other manufacturers,” Levine continued. “They refuse to acknowledge the problem is a manufacturing defect, refuse to listen to a whistleblower, and have regularly left their customers holding the bag when it comes to making car payments for a burned-out shell of a vehicle. The time for stalling is over. The time for Congress to provide oversight on behalf of American consumers is now.”

The Center’s petition originally called for a defect investigation into non-collision fires involving 2011-2014 Kia Optima, Kia Sorento, Hyundai Sonata, and Hyundai Santa Fe vehicles. Based on later acquired data, the Center added the 2010-2015 Kia Soul to its petition in July 2018. This totaled 2.9 million vehicles. NHTSA thus far has, in violation of its own regulation, neither granted nor denied the petition, and no formal fire investigation has been opened.

In January, both Kia and Hyundai issued limited re-recalls for 168,000 vehicles for which engine replacements were poorly performed under previous recalls from 2015 and 2017. Then both manufacturers issued a non-repair ‘service campaign’ for an additional 3.7 million vehicles, thus recognizing the engine failure issue but failing to remedy the defect. The included vehicles were the: 2011-2018 Hyundai Sonata and 2013-2018 Hyundai Santa Fe Sport, 2011-2018 Kia Optima, 2012-2018 Kia Sorento, and 2011-2018 Kia Sportage vehicles.

##
Over the last 49 years, the Center for Auto Safety has successfully led the fight for lemon laws in every state, airbags in every vehicle, and recall repairs being made at no cost to the consumer. The Center is a membership-driven organization headquartered in Washington, DC and is also home to the Safe Climate Campaign which fights global warming by working for big, specific measures to reduce greenhouse gas emissions. The Center publishes TheCarBook.com, which has for the last 39 years been America’s most comprehensive car buying guide and now offers, exclusively for members, the monthly Safety Tune-Up Report, for regular alerts on safety issues relating to their cars. To learn more about the Center, please visit www.AutoSafety.org.