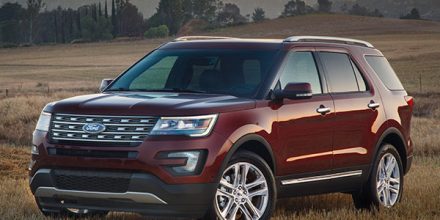 Washington, D.C.—Today, in a letter to Ford Motor Company CEO Jim Hackett, the Center for Auto Safety renewed its request for Ford to conduct a full recall of 1.3 million Model Year 2011-2017 Explorers because of suspected Carbon Monoxide leaks. This follows the Center’s call for action in October 2017, after Ford failed to take seriously the thousands of consumer complaints which had been filed with NHTSA, Ford, and the Center for Auto Safety.

In the eighteen months since NHTSA opened its investigation in July 2016, complaints to NHTSA have increased 900%. NHTSA has received at least 1,381 complaints from Ford drivers and passengers experiencing Carbon Monoxide exposure in the passenger cabins of Explorers. These complaints do not include the over 2,000 complaints Ford previously disclosed.

According to the Centers for Disease Control, excess exposure to Carbon Monoxide is responsible for more than 400 deaths every year in the United States. Exposure to Carbon Monoxide is particularly dangerous because the gas is odorless and symptoms—loss of consciousness, nausea, headaches, or light headedness—mimic flu-like symptoms, delaying reaction time from victims and emergency personnel in determining the root cause of the injury.

“In response to thousands of complaints by Ford owners of being exposed to dangerous levels of toxic chemicals, and despite the owner’s manual for their vehicles noting the ‘dangerous effects’ of exposure to Carbon Monoxide, Ford continues to insist there’s nothing to see here,” said Jason Levine, Executive Director of the Center for Auto Safety. “Ford needs to stop sending mixed messages to Explorer owners and passengers, including senior citizens and parents of young children, that the vehicles are ‘safe,’ and that repairs are available only for ‘peace of mind.’ Since some Ford dealers are responsibly replacing cracked exhaust manifolds, it is time for Ford to take a more serious step, recall all of these vehicles, and inspect and replace cracked exhaust manifolds,” Levine added.

Appropriately, the Ford Explorer Owner’s Manual contains the following warning: “Do not drive your vehicle if you smell exhaust fumes. Carbon monoxide is present in exhaust fumes. Take precautions to avoid its dangerous effects.” Yet, in response to reports of exactly this circumstance since at least 2012, Ford refuses to properly protect its customers.

In July 2017, NHTSA indicated the most likely culprit for the exposure of Ford consumers to potentially lethal amounts of Carbon Monoxide was cracked exhaust manifolds. Nonetheless, Ford issued a Customer Service Program (CSP-17N03) focused on less expensive and potentially less effective repairs such as reapplying weather sealant and reprogramming the climate control in order to give customers “peace of mind” but stated the “vehicles are safe.” The CSP did not vary dramatically from previous technical bulletins Ford has quietly been issuing since 2012 to address the same issue. (See: TSB 14-0130, and TSB 16-016.)

Below are samples of five out of the almost 1,400 complaints NHTSA has received regarding exhaust fumes leaking into Explorers:

In its letter to Ford CEO, Jim Hackett, the Center wrote:

“Despite the thousands of complaints, incidents, and injuries, there are no reported deaths associated with this dangerous defect – yet. It is easy to imagine a roadside crash caused by Carbon Monoxide exposure resulted in a fatality but was written off as ‘drowsy driving.’ It is possible that Ford and Ford’s customers have just been lucky up until this point, but the time for Ford to take more serious action is now, before that luck runs out.”

Learn more about The Car Book 2020 and get online access