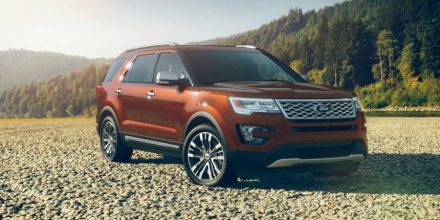 Center for Auto Safety Calls for Ford to recall Explorers over Carbon Monoxide exposure inside over 1.3 million vehicles

Center for Auto Safety Calls for Ford to recall Explorers over Carbon Monoxide exposure inside over 1.3 million vehicles

Washington D.C. – The Center for Auto Safety, the nation’s leading independent non-profit organization providing consumers a voice for auto safety, quality, and fuel economy, today called on Ford and NHTSA to recall all Ford Explorers from 2011-2017 because of a risk of Carbon Monoxide poisoning to the drivers and occupants of more than 1.3 million vehicles.

On Friday the 13th, Ford announced it would offer a free repair to seal the interior of the cabin of retail Explorers to reduce the potential for exhaust to enter the vehicle, not because the car is dangerous, but just for consumers’ “peace of mind.”  Carbon Monoxide (CO) exposure, which kills more than 400 people per year in the United States, is known as the silent killer because it contains no odor and presents as flu-like symptoms.  While Ford has said these vehicles are “safe,” there have been thousands of consumer complaints made to NHTSA, Ford, and the Center for Auto Safety, regarding elevated levels of CO. Still, Ford has chosen not to issue a recall.

“Why is Ford trying to address a Carbon Monoxide issue in more than 1.3 million Explorers without recalling the vehicles? Instead of a patronizing suggestion that its customers are imagining things, what would actually provide consumers ‘peace of mind’ would be knowing that the interior of their vehicle provides a safe environment for themselves and their family.  With something this potentially dangerous, the responsible step is a full recall – and if Ford will not do it, NHTSA should step in,” said Jason Levine, executive director of the Center for Auto Safety.

This is not the first time Ford has taken the route of a repair program instead of a recall when CO was involved. Last year when police Interceptors had CO leaking into the cabin of their vehicles, putting our first responders at risk, Ford chose not to recall the vehicles and has suggested the problem was created by local police departments.

Consumers and independent researchers have been trying to get Ford to address the issue of dangerous levels of CO in Explorers for several years now.  Unfortunately, Ford has continued to undertake limited repair programs, via Technical Service Bulletins which only provided repairs for consumers who happened to come in to the Ford dealership.   Mr. Levine noted, “raised levels of CO can be deadly and consumers should not have to purchase a personal CO detector at their own expense to determine if they or their children are being exposed to dangerous levels of CO inside their vehicle when they accelerate or decelerate.”

Over the last 47 years the Center for Auto Safety has successfully led the fight for lemon laws in every state, airbags in every vehicle, and recall repairs being made at no cost to the consumer.  The Center is a membership-driven organization headquartered in Washington, DC and is also home to the Safe Climate Campaign, which fights global warming by working for big, specific measures to reduce greenhouse gas emissions. The Center is also the publisher of The Car Book, which has for the last 37 years been America’s most comprehensive car buying guide. To learn more about the Center please visit www.AutoSafety.org.