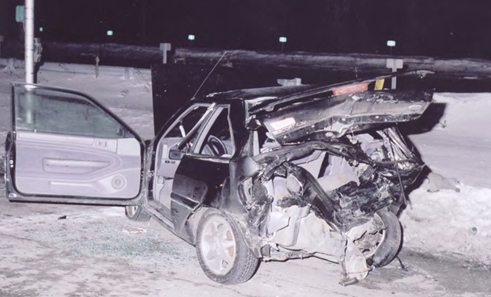 “In reality in a crash, rear-seat passengers are often at greater risk than front-seat passengers,” he said. “Over the past few decades the front seat has seen significant safety improvements, including air bags and seat belt reminders. In an era with rideshare vehicles containing far more backseat passengers than ever before, the time to upgrade safety in the back of our cars is finally here.
Levine said NHTSA has failed to comply with a 2012 law calling on the agency to develop a rule that required automakers to install rear seat-belt warning lights in new cars.
“Moreover, the standard for seat-back strength has not been updated in over 50 years, despite significant evidence that seat backs regularly collapse during rear-end crashes, injuring and killing passengers,” he said.”

Washington — Cars are safer than they’ve ever been, but with improvements focused largely on front-seat passengers, safety groups in Washington say those in the backseat are being left behind.

Air bags and devices like seat belts that automatically tighten in crashes have reduced the likelihood of serious injury or death. But the Arlington, Va.-based Insurance Institute for Highway Safety, which represents the insurance industry, says automakers need to add more of the life-saving technology to rear seats.

Complicating matters further, the use of ride-hailing services like Uber and Lyft in major cities like Detroit is on the rise, and studies show back-seat passengers are less likely to buckle up in hired vehicles than they are in privately owned cars.

Click here to view the full article from The Detroit News