Car engines going up in flames across the country 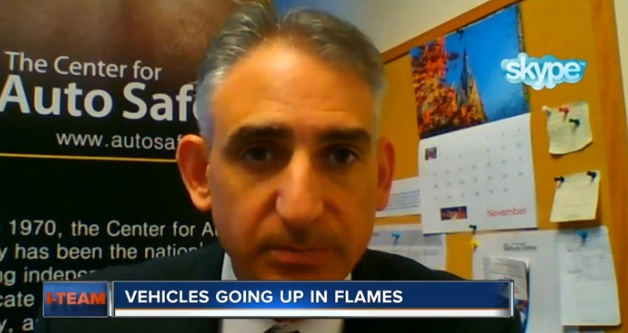 Jason Levine, the Executive Director of the Center for Auto Safety, said the companies need to take appropriate action too.
“[We’ve gotten a] lot of reports of people saying they don’t feel like they’re being taken seriously,” he said. “I would also point to the fact that they’ve not gone ahead and issued a separate recall or increased the size of the recall.”
Levine and his organization want answers from the company.
“They need to be forthcoming with the American consumer, with the U.S. Senate and explain what they think is happening, what they know and maybe even what they don’t know, but to give some sense that they are taking this seriously,” he said.

A Kenosha woman was driving in construction on I-94 when her engine exploded, leaving her unable to stop or accelerate. Smoke blocked her view. Now, she’s on the hook for thousands of dollars on a car she can’t even drive.
“My first thought was my kids,” said Melissa Markoutsis. “Like, they need a mom and I didn’t think I would see them again.”…
Click here to read the original article from WTMJ – Milwaukee.