“People [were] saying they were turning it off… The technology can help and does save you and prevents crashes, but only if it’s on and only if it’s working,” said Jason Levine of the Center for Auto Safety. “We want to see this move towards a recall very quickly.”

Automatic emergency braking will be standard in most cars in 2022. The technology is expected to cut the number of rear-end crashes in half, but hundreds of drivers say sometimes the system slams on the brakes – apparently for no reason.
CBS News found reports of several accidents and injuries that drivers blamed on false activations of emergency automatic braking systems. Safety advocates and carmakers say in the vast majority of cases it works, but it is not perfect.
For Cindy Walsh, getting behind the wheel of her 2018 Nissan Rogue raises her anxiety level. Since she bought the SUV new last October, she told CBS News correspondent Kris Van Cleave it has slammed on the brakes three times for no clear reason when she said there was no risk of a collision.People who regularly use driver-assistance tech are more likely to be distracted”The first one, I was driving down a four-lane highway going about 55 and it completely came to a complete stop,” Walsh said. Now she said she’s scared to drive the car, so she doesn’t drive it.
Walsh took it to the dealer each time. Twice, she said, they told her they fixed it.
The National Highway Traffic Safety Administration (NHTSA) is now investigating the 2017 and 2018 Rogue after learning of nearly 850 complaints of false activation of the SUV’s automatic braking system. That includes reports of 14 crashes and five injuries.
The Rogue, like about half of new cars sold, is equipped with forward collision avoidance technology that includes automatic emergency braking. It’s supposed to sound an alarm and automatically brake if you are about to rear-end another vehicle. It will be standard in most cars within three years.
“People [were] saying they were turning it off… The technology can help and does save you and prevents crashes, but only if it’s on and only if it’s working,” said Jason Levine of the Center for Auto Safety. “We want to see this move towards a recall very quickly.”
The Insurance Institute for Highway Safety (IIHS) said autobraking is making driving safer, estimating the technology could cut rear end collisions in half, preventing 28,000 crashes and 12,000 injuries by 2025.
“These autonomous emergency braking systems, they are effective. They are working in the real world. But there is definitely room for improvement,” said David Aylor, IIHS’ manager of active safety testing.
Since 2015 there have been seven recalls for auto-braking issues, affecting nearly 180,000 vehicles. There are more than half a million Nissan Rogues subject to the NHTSA investigation. The regulator has also received hundreds of complaints about so-called “phantom braking” in vehicles from a number of automakers.
Click here to read and view the full story from CBS News.

Center for Auto Safety @Ctr4AutoSafety .@elonmusk calling this @Tesla "FSD" rollout "cautious" is a joke. If he really wanted to be cautious he wouldn't be throwing around terms like "full self driving" to reference his extremely driver dependent vehicles in the first place. https://t.co/XwHvAWOBO8 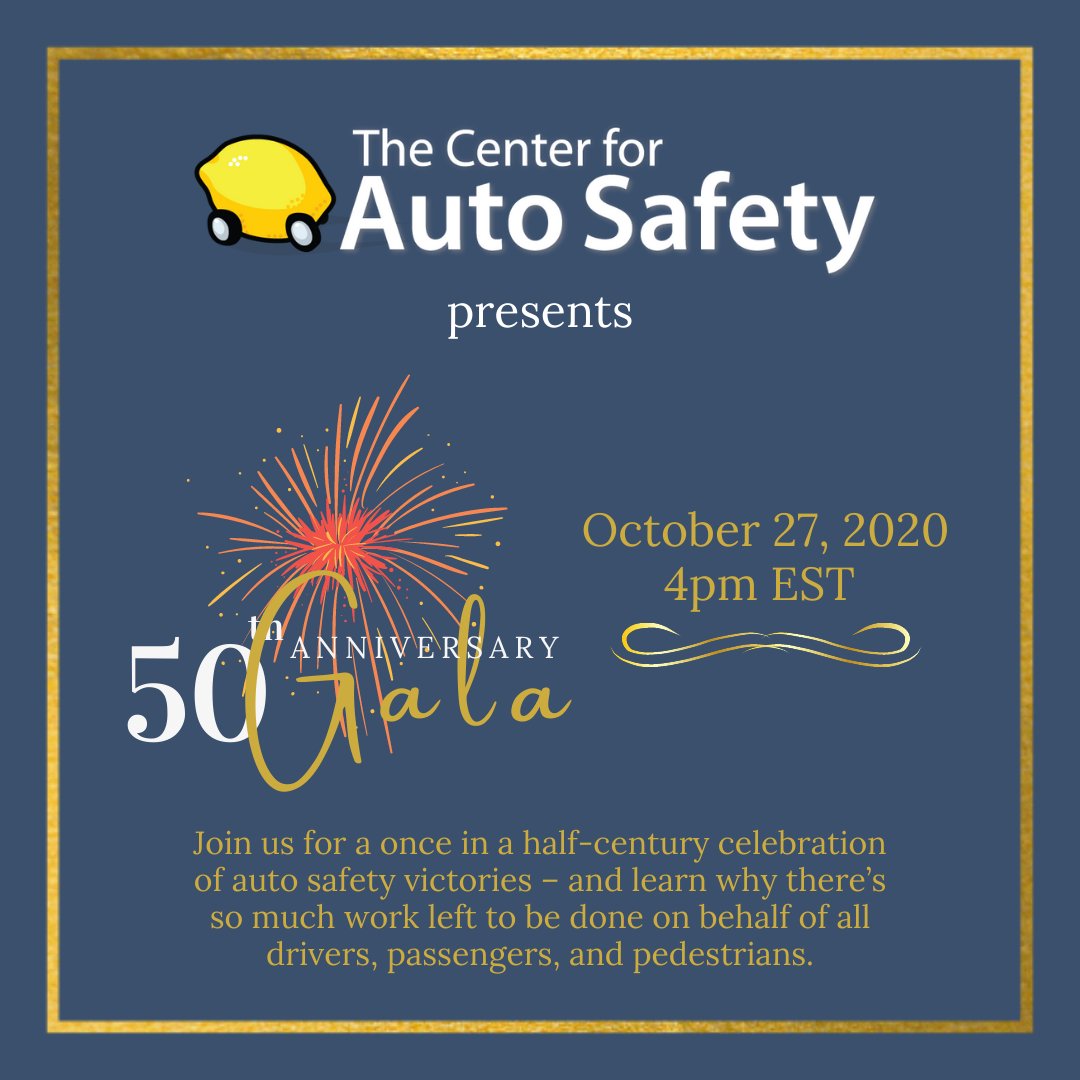 h J R
Center for Auto Safety @Ctr4AutoSafety @davidshepardson @NHTSAgov @Tesla Good thing that @NHTSAgov knows that states have the ability hold someone responsible for unsafe actions on the road (looking at you @Tesla), b/c everyone (including @USDOT) now seems ready to acknowledge that the federal government won't.