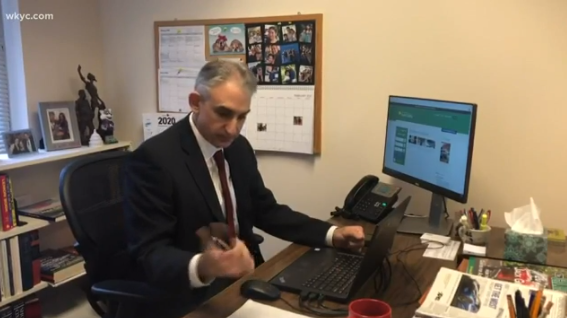 In the News Latest News Press Video Archive
By Rachel Polansky (WKYC) and Phil Trexler
February 27, 2020
CLEVELAND — One of the nation’s best selling SUV’s is at the center of an investigation, after hundreds of drivers complained their Nissan Rogue’s were braking for no reason.The 2017 and 2018 Rogue’s in question are fitted with Automatic Emergency Braking (AEB).
Some drivers tells 3News Investigator Rachel Polansky the new technology that’s supposed to be a lifesaver is actually putting their lives at risk.
“I’m thankful I didn’t have my grand-kids in the car when it did happen,” said Debbie Bellisari.
Debbie Bellisari got rid of her Nissan Rogue after she said it started braking on it own.
“I mean you’re driving along the freeway 70 miles an hour and it just comes to a complete stop. It slams the brakes like you’ve been hit. It’s a horrible feeling. It’s heart stopping,” said Bellisari.
And Bellisari is not alone. Cassandra Brown said the same thing happened to her.
“All of a sudden it put a hard stop and then it just stalled,” said Brown.
3News has been digging through the data. We found that Rogue owners have filed 935 complaints regarding “Unintended braking” with Nissan and NHTSA, the National Highway Traffic Safety Administration.
One driver said “AEB randomly engages when there is no reason to.”
Another driver said “My 2018 Nissan Rogue activates the Automatic Emergency Braking (AEB) on it’s own. It has occurred five or six times.”
“It’s creating this phantom braking scenario,” said Jason Levine, Executive Director of the Center For Auto Safety.
Levine runs a watchdog group that monitors the auto industry.
Automatic Emergency Braking (AEB) is supposed to activate when the technology senses objects ahead and the driver does not slow down.
The problem here is that’s not happening.